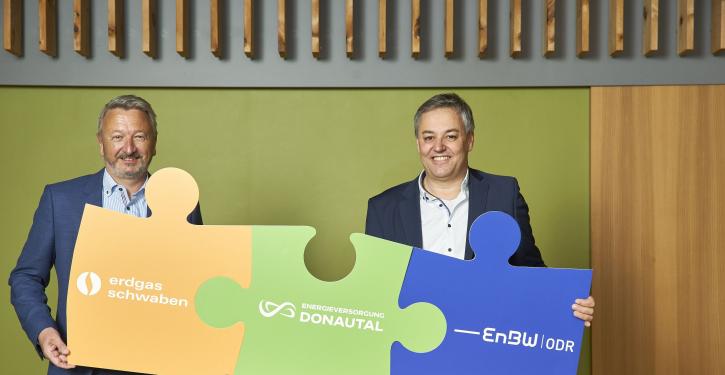 Uwe Sommer, on the left in the picture, and Sebastian Maier, on the right, lead Energieversorgung Donautal. (Image: Erdgas Schwaben Gn)
Gundelfingen (energate) - A new regional supplier is launching in Bavaria and Baden-Württemberg. Energieversorgung Donautal is a joint venture between EnBW and Erdgas Schwaben. The joint venture will be active in the North Swabia region, which spans several federal states, the two parent companies announced. Specifically, this involves the municipal areas of Gundelfingen in Breisgau, where the company is also based, as well as Huisheim, Kaisheim, Bissingen, ...