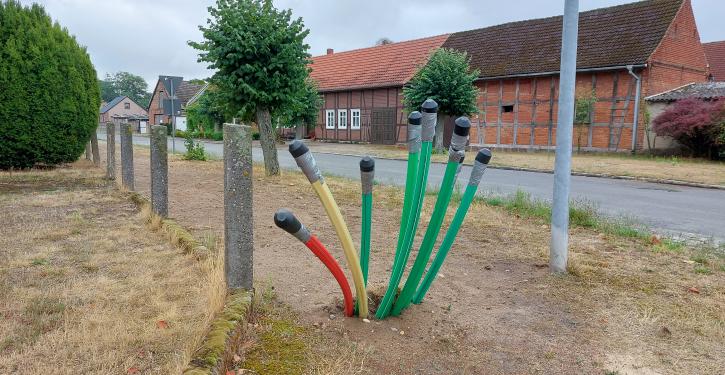 Small municipal utilities often lack the resources to offer fibre optics, for example, a new study concludes. (Image: energate/dz)
Essen (energate) - Digitalisation continues to pose major challenges for municipal utilities. A nationwide study of ten municipal utilities shows that small utilities in particular are unable to build up digital skills on their own. This slows down the development of digital services, such as the construction and operation of communication networks or data centres. As a result, municipal utilities are often not perceived as the first implementation partner for digital services of general interest, according to the Freiburg-based utility Badenova, which participated in the study.


Digital often under the radar


In the view of the study, it is problematic that "a large part of the sector does not yet prioritise the area of digital services of general interest, and cooperations are also rarely carried out". At the same time, the authors emphasise the importance of the topic - despite the "extraordinary problematic situations on the energy markets as a result of the Ukraine war". A secure supply must be thought of along with digital services of general interest and IT security or cyber defence.


Within the framework of the study, members of the executive boards or management of 649 municipal utilities throughout Germany were surveyed. Two-thirds of them criticised the lack of a suitable regulatory and economic policy framework for digital services of general interest, according to another result. These utilities see "a clear stumbling block" in the municipal ordinances of the federal states, the current public procurement law and the existing funding programmes. "Here, the federal government and the states must quickly come to reforms so that the municipal utilities can offer digital services better and faster," the study authors demand.

The study of the same name arose from the "Digital Services of General Interest" network founded in 2021, which, in addition to Badenova, includes municipal utilities and municipal companies from Darmstadt, Dortmund, Düsseldorf, Frankfurt, Hanover, Lübeck, Munich, Münster and Wuppertal. Their goal: to create a uniform understanding of digital services of general interest throughout Germany. Badenova itself is currently cooperating with around 160 cities and municipalities in various areas of public services, including the operation of data centres and the expansion of communication networks. The study was conducted by Zeppelin University in Friedrichshafen. /dz