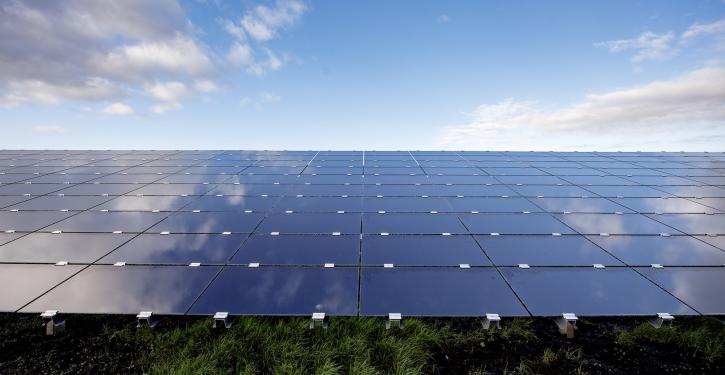 The purchase of green electricity is intended to help the automotive supplier Schaeffler achieve its climate targets by 2030. (Image: Statkraft Markets GmbH)
Herzogenaurach (energate) - Schaeffler AG is gradually switching its electricity supply to renewable energies. To this end, the Bavarian automotive supplier has now concluded a long-term Power Purchase Agreement (PPA) with Statkraft. It was agreed that the German trading division of the Norwegian group would supply Schaeffler with solar power from two solar parks for ten years, Statkraft announced. These are two new PV projects, the financing of which will be supported by the supply contracts, a Statkraft spokeswoman explained.


PPA to cover one tenth of the electricity demand


The two partners agreed not to disclose the agreed supply volume or further details of the solar parks, she said. Only this much: Schaeffler wants to cover eleven per cent of the total electricity demand of its four German locations through the new agreement, about as much as the Bavarian company's main plant in Herzogenaurach consumes annually. The PPA agreement is part of Schaeffler's decarbonisation strategy. This envisages making the company's entire production and direct supply chain climate-neutral by 2030. This also includes equipping the locations in Germany and abroad with PV capacities. By the end of 2021, Schaeffler reported that it had PV systems with a capacity of just under 2.3 MW. Furthermore, the automotive supplier has been exclusively using green electricity for the procurement of electricity at all locations in the EU since 2020. /pa