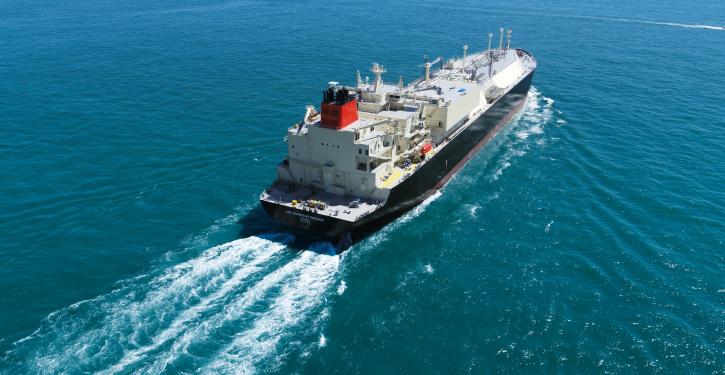 In future, 12 cargos of LNG per year will come from Woodside's portfolio to Northwest Europe. (Image: Uniper)
Düsseldorf (energate) - Uniper has secured LNG volumes from Singapore-based energy trader Woodside for transport to Europe. Up to twelve cargos per year are involved, which corresponds to around 0.8 million tonnes of LNG or one billion cubic metres of natural gas, Uniper announced. The gas comes from Woodside's portfolio. The contract period starts in January 2023 and ends in 2039. Uniper did not want to comment on pricing when asked. For deliveries from September 2031 onwards, long-term strategic capacity bookings in north-western Europe still have to be made, the company says. Uniper wants to finalise these by March 2023.


Ammonia transports from the USA


The Düsseldorf-based group has also signed contracts with the Japanese joint venture Jera for cooperation in the export of green ammonia from the USA. Jera is working with Conoco Phillips on the US Gulf Coast to build a plant for the export of ammonia from green hydrogen. The initial capacity is 2 million tonnes per year. There is the possibility of expanding the capacity up to 8 million tonnes per year. The possibility of using CCS technology to produce blue hydrogen will also be investigated.

Jera and Uniper are joint customers under long-term contracts. Uniper says its primary initial export market is Europe and that it aims to purchase 1 million tonnes per year by the end of the decade. Commercial operation of the export plant is expected to start in the late 2020s. In addition to the ammonia cooperation, Uniper and Jera also want to work on optimising their LNG portfolio. This will enable Uniper to supply additional LNG to Germany and Jera to Japan and beyond, they say. /tc