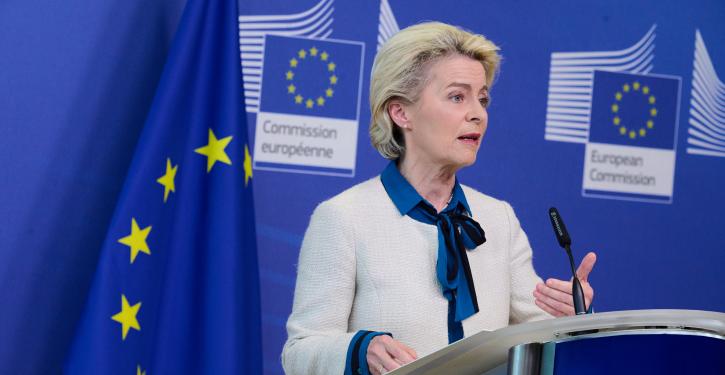 Commission President von der Leyen wants to explain the ideas for EU emergency measures in her State of the Union address. (Image: European Union, 2022)
Brussels (energate) - EU Commission President Ursula von der Leyen will also present the planned emergency interventions in the gas and electricity markets on 14 September as part of her annual State of the Union address. This was announced by Mechthild Wörsdorfer, Deputy Director General of the EU Commission's Energy Department (DG Ener), at a hearing before the EU Parliament's Energy Committee (ITRE) on the energy price crisis.

The EU Commission had announced interventions in the electricity market in view of high prices. The German government is also planning this as part of the measures of the third relief package (energate reported). It wants to set a revenue cap for generation technologies other than gas and skim off any revenues above that level. If the EU does not agree on joint measures, the German government wants to decide nationally.


Crisis levy for low-cost energies is being considered


In a non-paper published by the EU Commission, a price cap for so-called inframarginal power generation technologies in the wholesale electricity market was also recently considered. The paper states that the inframarginal price cap would provide the member states with financial means to finance interventions on the electricity retail market. In EU Commission circles, however, a levy on certain electricity producers is currently being considered, as well.

The Greens in the EU Parliament are calling for both - a price cap and a skimming off of excess profits - and see themselves supported by the EU Commission. They refer to a statement made by EU Commission President von der Leyen at a panel discussion with German economics minister Robert Habeck. She said: "We have to say that in the case of low-cost energies, you can make a certain amount of profit, but you won't be able to keep everything far above what you dreamed of." /rl