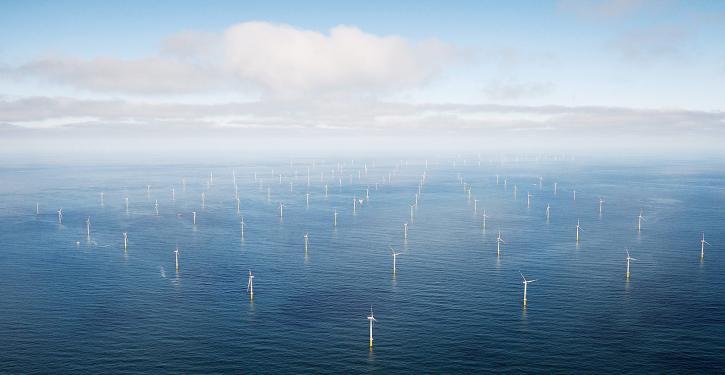 The Hornsea 2 project is to be followed by the Hornsea 3 offshore wind farm in the next few years. (Image: ABB Ltd.)
Frederica (energate) - The Danish energy company Ørsted has fully commissioned the offshore wind farm Hornsea 2. With a total of 165 wind turbines and a total output of 1,300 MW, Hornsea 2 off the British North Sea coast is the largest wind farm in the world, Ørsted announced. In building the wind farm, which is calculated to be able to supply 1.4 million UK homes with electricity, Ørsted has signed almost 200 contracts with UK suppliers over the past five years, it said. Ørsted has invested £4.5bn (€5.23bn) in the UK supply chain to date and expects to invest a further £8.6bn (€10bn) in the UK supply chain over the next ten years.

It was only in March this year that the energy company sold a half stake to insurance companies Axa IM Alts and Crédit Agricole Assurances, which now each own 25 per cent of the wind farm (energate reported). The wind farm is located next to its sister project Hornsea 1, which has a capacity of 1,218 MW (energate reported). In total, the Hornsea area covers more than 2,000 square kilometres and will be home to the follow-up project Hornsea 3 with a capacity of 2,800 MW. At the beginning of the year, the British government placed an order for this project. /am