Wind power: The expansion turbo has not yet ignited 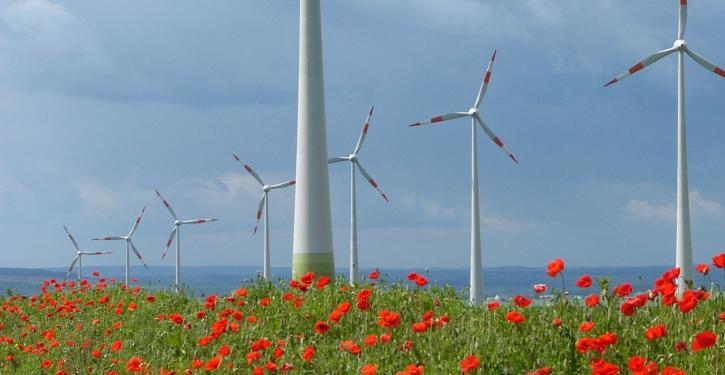 The Easter Package will only unfold its full effect when the administrations in the federal states are able to implement it. (Image: BWE Windpark Druiberg)
Frankfurt am Main (energate) - Despite numerous new laws, the acceleration of the expansion of renewable energy is still a problem in the federal states. The biggest problem is the lack of staff in authorities and courts. The state governments have the task of transferring the extensive decisions of the "Easter Package" for the expansion of wind and solar energy down to the lowest administrative level. "We are trying to flank the turbo for renewable energies from the federal government at the state level in the best possible way," Hesse's Minister of Economics Tarek Al-Wazir (Greens) explained at the Wind Industry Day for the Rhine, Main, Saar region in Frankfurt.

The most pressing problem at the moment is the lack of staff in the administrations and at the courts. When employees here are overwhelmed by applications and lawsuits, wind power projects pile up. The effort required for court proceedings is enormous: "In Hesse we have a relatively large number of lawsuits," Al-Wazir admitted. There are currently 60 wind power projects with 138 turbines in court in Hesse that are not getting anywhere, Lars Rotzsche of the German Wind Energy Association (BWE) criticised. Meanwhile, in Rhineland-Palatinate, there are 365 turbines that have been approved but not built, Michael Hauer, state secretary in Rhineland-Palatinate's energy ministry, reported. "We have an operational implementation problem," Hauer said about this.


In addition to the staffing problem, the regulations in the federal states must also be observed by the administrative staff and courts as intended by the federal government. In order for the "overriding public interest" granted to renewable energies by the federal government to take effect, the authorities still need clear instructions from the state ministries, lawyer Philipp von Tettau at the Wind Industry Day said - otherwise this so-called balancing priority could go unheeded. Likewise, the federal government's land use targets (energate reported) require clear instructions to the planning authorities in the municipalities, von Tettau stated. It is still unclear, for example, how the authorities deal with existing plans or which planning level has to fulfil the requirements. Many issues still lack resolutions, guidelines and administrative regulations.


Overall, the onshore sector is hopeful. In Hesse, for example, ten new positions have been created for permits, Minister Al-Wazir said. With the 2023/24 budget, a separate senate at the Hessian Administrative Court in Kassel is also to deal with permit appeals. Until now, three different courts in the federal state were responsible for this. The BWE welcomes the bundling of competence. In Rhineland-Palatinate, the state government has so far envisaged a dozen new posts in the competent authorities. /kj