Estonia: Renewables instead of shale oil 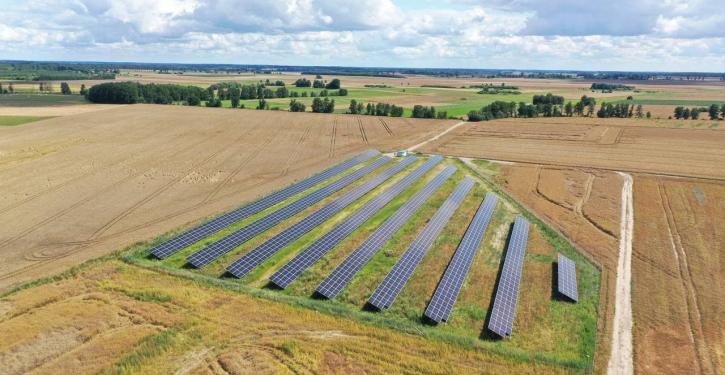 The Estonian energy company Esti Energia wants to expand renewable energies in the entire Central Eastern European region. (Image: R.Power Group)
Talinn (energate) - The Estonian energy company Eesti Energia wants to convert its entire energy production to renewable energy sources by 2030. To this end, the company plans to invest around 1.5 billion euros in the construction of wind and solar parks. Currently, Eesti Energia has a generation capacity of 457 MW. This is to grow to 1,900 MW in the next few years. Estonia's largest energy supplier justified its expansion ambitions with the chronic shortage of electricity in the Baltic region. Eesti Energia is convinced that the fastest and most beneficial solution to the current energy crisis is to invest in renewable energies.

When it comes to expanding renewables, the company thinks beyond national borders. Thus, wind farms are currently being planned in Finland (72 MW) and Lithuania (118 MW). In addition, two solar parks are to be built in Poland (15 MW). By the end of 2026, wind farms with almost 600 MW in Estonia and Lithuania as well as solar farms in Estonia, Latvia, Lithuania and Poland with a total capacity of almost 600 MW are to start operations. Eesti Energia is active throughout the Central Eastern European region. In 2021, electricity sales outside Estonia exceeded sales on the domestic market.


However, Eesti Energia's investment plans also include the construction of a new oil-fired power plant. Estonia's energy production has so far relied heavily on oil shale, "Estonia's most important mineral resource", as former Estonian Prime Minister Jüri Ratas put it in 2020. Actually, Estonia wants to get out of the technology in the meantime. Eesti Energia's strategic action plan is supposed to help. However, CEO Hando Sutter admitted in the spring that as a result of the gas shortage in Europe, there could be an increase in energy production from shale oil in the short term. In the long term, however, Eesti Energia sees no future in this energy source and will withdraw from oil shale production. /Aleksandra Fedorska, freelance journalist