Gas connection between Poland and Slovakia is ready 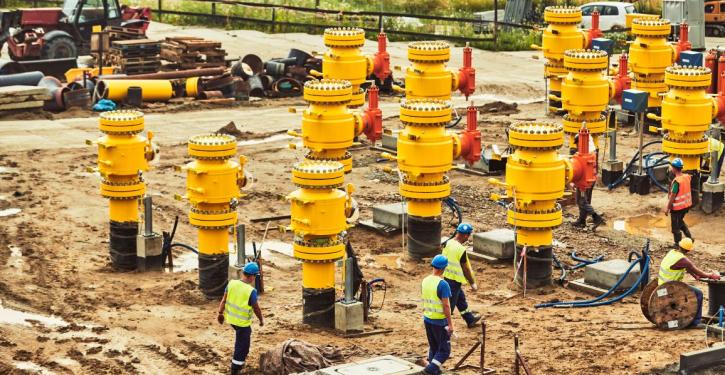 A new gas hub between the two countries is being built in Strachocina. (Image: GAZ-SYSTEM)
Warsaw (energate) - Work on the gas interconnector between Poland and Slovakia has been completed. The Polish transmission system operator Gaz-System announced that the new pipeline will be ready for operation in October 2022. The connection will enable the transport of 5.7 billion cubic metres of natural gas towards Poland and 4.7 billion cubic metres towards Slovakia per year. Until now, there was no pipeline connection between the two countries.

Slovakia, which is heavily dependent on Russian gas supplies, is mainly supplied with gas via Ukraine and to some extent via the Czech Republic (energate reported). Now the country will gain access to Norwegian gas supplies via the "Baltic Pipe" and the LNG terminals in Swinoujscie and Klaipeda, Gaz-System stated. In the future, Poland will have access to gas sources in Southern Europe, North Africa and the Caucasus, as well as to LNG terminals in Croatia, Greece and Turkey, it added.

The interconnector has a length of 61.3 kilometres on the Polish side and 106 kilometres on the Slovakian side. The commissioning marks the completion of the large-scale North-South Gas Corridor project for Poland. This comprises 15 pipelines with a total length of more than 860 kilometres. They run from the LNG terminal in Swinoujscie and the landing point of the "Baltic Pipe" to the new Strachocina gas hub on the Slovakian border. In addition to the Poland-Slovakia interconnector, the "Baltic Pipe" is also scheduled to start service in October. It runs from the Norwegian export system via Denmark through the Baltic Sea to Poland. The opening ceremony is scheduled for 27 September in Szczecin, according to the Gaz system. /tc