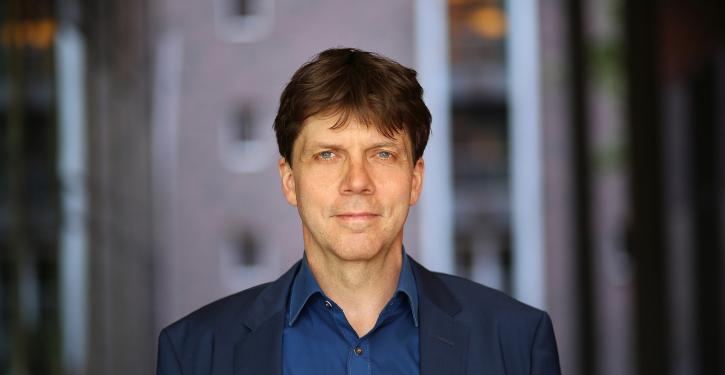 "We hope that the energy crisis does not mess up the companies' economic balance sheets," Michael Dammann said. (Image: Gasnetz Hamburg)
Hamburg (energate) - The construction of the 40-kilometre-long hydrogen network "HH-WIN" can begin. At the beginning of August, the Federal Ministry of Economics allowed the project to start before the final IPCEI funding commitment. This was followed a few days ago by the Hamburg Senate's decision to co-finance the project. energate spoke to the Managing Director of Hamburg Gasnetz, Michael Dammann, about the project's prospects.

energate: Mr Dammann, the Federal Ministry of Economics has approved the "early start of measures" for the construction of the hydrogen network "HH-WIN". What are your employees already allowed to implement, how much time can be saved?

Dammann: The core of the activities is initially a large-scale electrolyser, which is being built at the former Moorburg power plant site. The hydrogen network HH-WIN is the connecting infrastructure that links the electrolyser and, in the future, other feeders such as the transmission grids with the H2 consumers. Without the early start of measures that has now been granted, it would have been difficult to connect the electrolyser to the grid by the planned start of operations in 2026. Now we are confident that we will be able to complete our so-called initial network at the same time, which will reach the first hydrogen consumers in the vicinity of Moorburg.

However, we still have to take a few final steps in the planning before construction can begin. Calculations based on load forecasts have to be finalised, application procedures have to be started and, of course, detailed coordination with the companies interested in hydrogen connections has to be advanced. Once the initial network is in place, the next stage of expansion will begin, in which we want to connect more industrial companies and connect them to the hydrogen pipeline infrastructure. In this way, the network will grow step by step - after the 40 kilometres of network length that have been promoted, we already want to create around 60 kilometres around the year 2030.

energate: Has the war in Ukraine changed the project so far in view of the high gas prices and the fear of gas shortages?

Dammann: Technically, nothing has changed in our plans. But independence from Russian energy imports and thus security of supply has become a driving force among politicians and companies, giving the project a boost in addition to its climate protection aspects. We hope that the energy crisis will not ruin the economic balance sheets of the companies. For many, the switch to hydrogen also means considerable investments. The planning of these projects began at a time when the energy world was still in order. It will certainly be a challenge to manage this transformation and also to survive the currently declining yields in many places. We hope that as many partners as possible, not only in Hamburg, will benefit from the IPCEI funding or other funding programmes, because in the end it will hardly be possible otherwise.

energate: How much existing natural gas pipelines can be converted, how much has to be newly built and can the costs be earned back outside the regulated business thanks to IPCEI?

Dammann: We are first starting with the initial network. It will be - like the entire first 40 kilometres of network - a completely new construction. Only in the later expansion stages from 2030 onwards do we see potential for detaching relevant pipeline sections from the natural gas network and integrating them into HH-WIN. Whether natural gas pipelines become available depends on how long companies in the network area want to be supplied with them. From today's perspective, we have to plan very flexibly, because under the economic conditions outlined above, individual companies will postpone or reschedule their conversion, but at the same time new interested parties will request connections. Since we work with agile methods and have formed a very dynamic team in the company, we will proceed successively here, but always consider options in the planning.

With the 40 kilometres of pipelines, a foundation has been laid on which a functioning hydrogen economy can emerge in Hamburg. How quickly economic business models can be established and which players we will have in the market for H2 production is just as difficult to predict as the price degression for the new energy source. HH-WIN is a project for the future and we are starting with such uncertainties. Because so many players here in Hamburg share our confidence, I am sure that we will be able to find suitable financing options for further expansion. After all, this is about the climate neutrality of industry and thus also about the future of Hamburg as an industrial location. Moreover, the hydrogen economy can become a model for other cities.

The questions were asked by Michaela Tix.