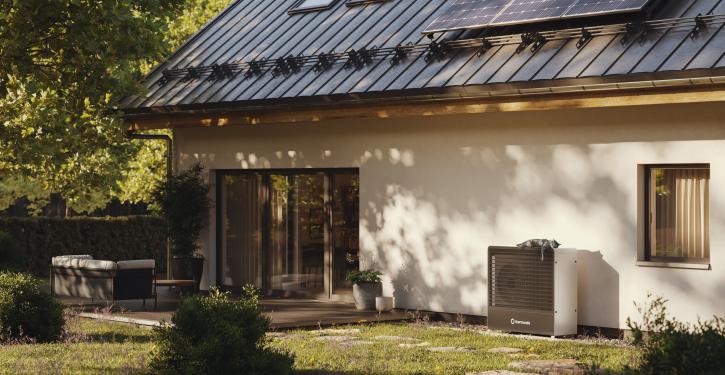 The target group is homeowners who do not want to or cannot afford a new heating system in their building. (Image: Thermondo)
Berlin (energate) - After about two months, the heating provider Thermondo has concluded the first 1,000 contracting agreements for heat pumps. Since 8 June, the company has been offering air-source heat pumps for rent at a fixed monthly price starting at 159 euros in cooperation with LG Electronics. The sales target is to reach the mark of 10,000 heat pumps in the building stock in 2023. "Our more than 700 employees are currently giving their all to ensure that as many people as possible can heat their homes independently of Russian gas this winter," said Philipp Pausder, founder and CEO of Thermondo.


Thermondo advertises that it takes only four months from order to installation. This undercuts the average waiting time in Germany of up to twelve months, he said. The company has digitalised the processes around the heating system change in such a way that the dedicated craftsmen can concentrate on their core work.

The Berlin-based company, founded in 2013, offers consumers new heating systems via the internet. To this end, the company operates a platform through which the planning, consultation and implementation of heating system changes are handled, while it also arranges financing and subsidies. According to its own information, Thermondo has so far carried out more than 30,000 heating system changes in detached and semi-detached houses in Germany. Heating manufacturers such as Viessmann, Vaillant and Bosch are among Thermondo's partners. Since 2019, the company has also been selling solar thermal systems, and has now added the air-source heat pump from LG Electronics. The trend is expected to shift more towards electricity-powered heating systems. Gas heating systems have no longer been eligible for subsidies since mid-August, and gas hybrid heating systems that supplement with solar thermal, for example, also no longer receive subsidies. /mt