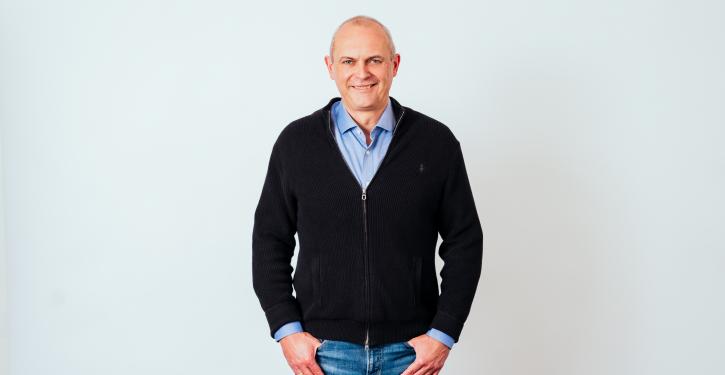 The colour doctrine will play an important role in the development of a hydrogen market, is Exxeta managing director Peter Heine's opinion. (Image: Exxeta)
Karlsruhe (energate) - The IT service provider Exxeta is developing a digital platform for the holistic mapping of a hydrogen market. "At the moment, we only see individual decentralised prosumer islands in the hydrogen sector," Exxeta CEO Peter Heine explained in an interview with energate. For something to really happen with hydrogen, a market has to develop, he added. Exxeta's idea is to digitally map the entire potential market with its various players as a kind of digital market twin. Market participants can display and offer their services, products and capacities in the areas of hydrogen production and demand, but also transport, storage and trade on this digital platform.


Bringing all players together on one platform is intended to enable transparency about the interaction of all market roles. The platform will primarily show which transport routes can bring supply and demand together, or where bottlenecks exist or transport and storage options are lacking. "Initially, the twin primarily allows for a simulation of possible market developments," Heine explained the advantages Exxeta sees in such an approach. In later market stages, the platform enables digital support of business processes, such as transport or trade processing. The know-how basis for the development is Exxeta's experience in the gas industry, where the company offers IT solutions and services for trading, storage and transport processing.


Open for all hydrogen colours


A pilot version of the new platform is already available. In the interview, Heine emphasised the openness of the platform for all colours of hydrogen: "The colour theory, corresponding certificates and their tracking will indeed play an important role in the development of the market," he said with conviction. "The goal is, of course, to bring green hydrogen to the market as quickly as possible. However, the path to this goal, especially investment decisions on the industrial and infrastructure side, first require sufficient quantities from other sources," Heine added.


Exxeta is looking for partners for further development. To this end, the company is in talks with associations and the network operators and also wants to talk to industrial companies and universities. Exxeta can imagine operating the platform, but it does not have to. The transmission system operators (FNB) would be the ideal operator for Heine, as one focus is logistics. But the FNBs are having a hard time, according to Heine's perception, because operation is not part of the regulated business and thus entails risks for the network operators. Exxeta has made upfront financial contributions so far, but cannot and does not want to finance the platform further on its own, Heine said. The platform is an offer to the entire market and should therefore also be broadly supported.


Exxeta has not only a "macro" but also a "micro" view of the hydrogen issue. On this micro level, Heine is quite open, is actually where the business interest lies. The goal is to map and model all processes of the entire value chain, from the generation of renewable electricity to hydrogen production to the consumer. All transactions along this chain are to be stored and processed completely digitally and securely, for example in a blockchain. The advantage: the verification of green properties is contained completely automatically. "Blockchain technology is predestined for verification," Heine is convinced.


There is a concept for this idea that is being funded by the Federal Ministry of Economics and Climate Protection as part of a research project. Approval for the project is still very recent, having been granted in mid-July of this year. Supporters of the project include Ontras and Sachsen Energie. The research project is scheduled to run for three years. It is intended to show what such a market model could look like from a technical and technological point of view. Heine hopes that in a later phase, insights can be gained not only for a regional but also for a European market model. Exxeta wants to use experiences from the project to develop corresponding products for hydrogen trading.

Exxeta has been working on hydrogen for two and a half years and, according to Heine's estimate, has so far invested several hundred thousand euros in the development of the platform and the processes as well as the exchange with market participants. For the company, this investment in solutions for a possible hydrogen market is also an expression of social, ecological and overall economic responsibility, he emphasised. The platform and the research project make it possible to gain real experience, Heine cited as an advantage of this approach. But he also said: "The outcome is open." /hl