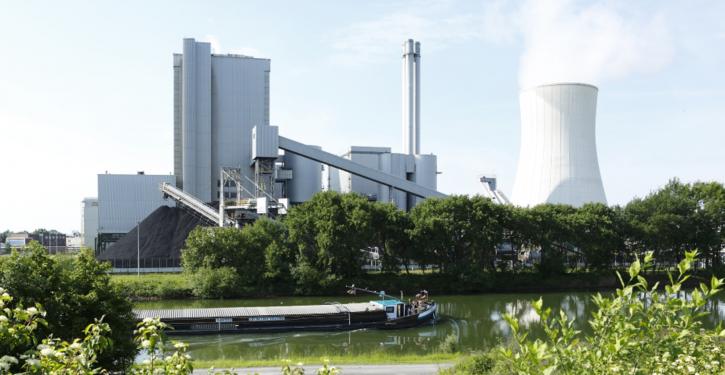 For power generation (Image: Enercity AG)
Berlin (energate) - Dependent on temperature, energy consumption barely declined in the first half of 2022 (-0.5 %). Nevertheless, AG Energiebilanzen assumes that the high energy prices have already triggered investments or will continue to do so in the long term. According to the working group, the mild weather and the noticeably weakening economic growth caused an overall decline of 3.5 per cent to 5,950 petajoules (PJ) or 203 million tonnes of hard coal units (mtce) in the first six months.

Natural gas consumption decreased significantly by almost 15 per cent. The main reason was the milder weather and the high price level. In addition, the use of natural gas for power generation decreased because renewable energies - especially in the first quarter - made higher contributions (+4.7%). In particular, exceptionally good wind conditions in February led to an overall increase of 18 per cent.


Coal more important in the mix


While natural gas lost ground, coal gained market share. The consumption of hard coal increased by a total of 9.2 pe rcent. The use of hard coal in power plants increased even more, by 26 per cent. According to Ageb, this development was influenced by the changed competitive situation on the European electricity market. In the case of lignite, the statisticians recorded an increase of 10.6 per cent compared to the first half of the previous year. However, they say that the longer-term reduction path remains intact, it becomes clear when comparing with 2019 (-5%). In January and February 2022, the high production of electricity from wind turbines caused a decline in lignite-based electricity generation. From March to June, on the other hand, the demand for electricity from lignite-fired power plants increased significantly because there was less wind power in the grid.

In addition, electricity from lignite-fired power plants replaced part of the electricity generated by nuclear power plants that will be shut down at the end of 2021. The decommissioning of the plants in Grohnde, Brokdorf and Gundremmingen halved the contribution of nuclear energy. Instead of 4,055 MW, only 8,113 MW were connected to the grid.