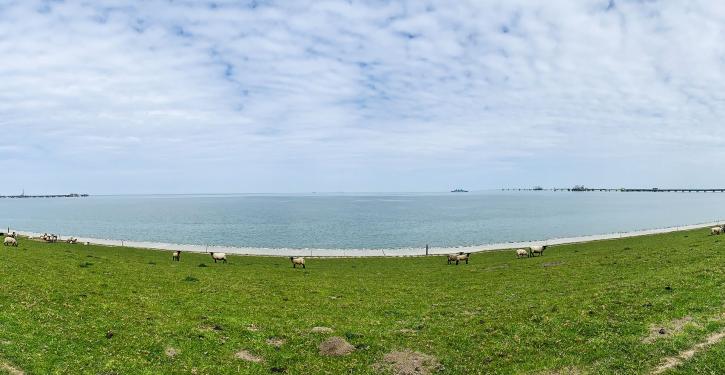 A large energy hub is to be built in Wilhelmshaven, where Wintershall Dea also wants to produce blue hydrogen. (Image: Wintershall Dea/Antje Schünemann)

Wilhelmshaven/Kassel (energate) - The explorer Wintershall Dea wants to produce blue hydrogen on a grand scale in Wilhelmshaven in the state of Lower Saxony. Within the framework of the "BlueHyNow" project, 5.6 billion kWh of decarbonised hydrogen per year are to be produced for industrial customers in the future. The company has now made its plans more concrete and signed a memorandum of understanding with Nord-West Oelleitung (NWO). The first step is a feasibility study, Wintershall Dea announced. If the result is positive, the project partners want to convert NWO's existing infrastructure to hydrogen. Some pipelines are currently unused and could transport hydrogen to local industrial customers in the future.

CO2 is captured and shipped

Winterhall Dea wants to use Norwegian natural gas for the production of hydrogen by means of steam reforming. The production plant required for this is to be located on the NWO site near the deep-water harbour. The resulting CO2 will be captured and then shipped to Norway and Denmark, where it will be permanently stored in deep geological rock layers under the seabed, it said. While such technologies are not yet used in Germany, CCS (Carbon Capture and Storage) is explicitly promoted by the government in Denmark, for example (energate reported).

The legal situation for the "BlueHyNow" project is also still unclear. Because Germany has not yet ratified the amendment to the London Protocol, Wintershall has no right to transport CO2 (energate reported). Nevertheless, the company has high hopes for CCS and wants to develop this business field into another mainstay, probably also as an alternative to Russian natural gas. "In order for us to be able to guarantee energy security in Germany in the future and to advance the energy transition, we need hydrogen from natural gas in addition to hydrogen from renewables," Hugo Dijkgraaf, member of the management board and Chief Technology Officer at Wintershall Dea, appealed on the occasion of the declaration of intent.

The "BlueHyNow" project is part of the large energy hub around the new LNG terminal currently being built in Wilhelmshaven (energate reported). /ml