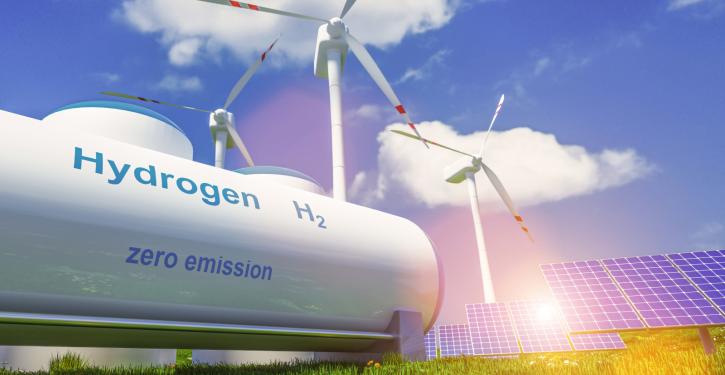 With Gasunie, the H2 Global Foundation has gained another prominent member. (Image: Bosch)
Hamburg/Groningen (energate) - The Dutch company Gasunie has joined the "H2Global" foundation. The infrastructure operator wants to contribute its expertise in transport, storage and import of green hydrogen to the project, the company and H2 Global announced jointly. This is because Gasunie is already developing a hydrogen network. The so-called "HyPerLink" is to connect Denmark and the Netherlands across northern Germany. In addition, Gasunie is realising the Aquaductus pipeline project in cooperation with other companies, which will transport up to one million tonnes of green hydrogen per year directly from the production site in the North Sea to the mainland.

At present, the foundation is "rapidly gaining in importance" with the aim of stimulating an international market ramp-up of hydrogen, it said. Gasunie follows in the footsteps of a number of prominent European foundation members. These include Abo Wind, Siemens Energy Global, Thyssenkrupp AG and Deutsche Bank AG as well as the Port of Antwerp-Bruges or the French renewable energy company Total Eren. It was only in July that H2 Global launched its first auction process for green hydrogen with an international market consultation. Here, too, there was great interest from home and abroad. More than 500 people took part in the virtual workshop held for this purpose (energate reported). /ml