"Thinking about hydrogen at the same time as LNG terminals" 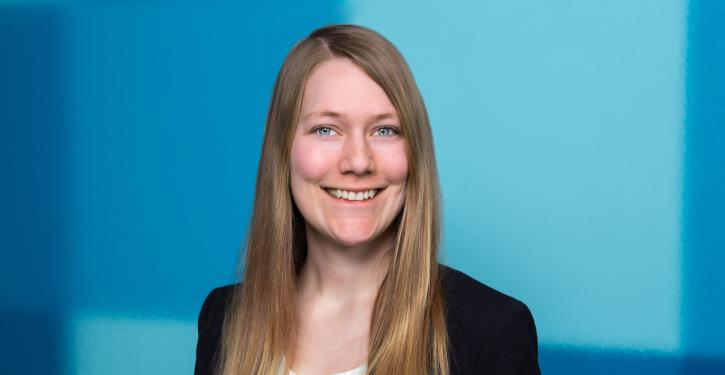 "LNG terminals should be built as if they were operated exclusively with liquid hydrogen," Hanna Seefeldt of the VDI says. (Image: VDI e.V.)
Düsseldorf (energate) - Against the background of the current energy crisis, the construction of LNG terminals is very urgent. As these are long-term investments, it is advisable to use terminals also for the import of green gases, such as liquid hydrogen (LH2). However, if the LNG terminals prevent a gas emergency in winter with its consequences for industry and the population, the costs for a new construction of LH2 terminals are probably low in comparison.

A guest commentary by Hanna Seefeldt, VDI Society for Energy and the Environment

In order to convert an LNG terminal to LH2, it makes sense above all that at least the long-life major components, such as the tanks, are suitable not only for LNG but also for LH2 from the outset. The main thing to bear in mind here is the significant temperature differences: liquid natural gas has a temperature of minus 163 degrees Celsius and liquid hydrogen minus 253 degrees Celsius.


The requirements for thermal insulation are thus set much higher. The demands on the metallic materials are also somewhat higher, but not as dramatically: steels that are basically suitable for hydrogen are already being used in the LNG sector. If this is not the case, however, embrittlement and cracks in the material can occur.

Regasification of liquid hydrogen requires a similar (0.35 MJ/Nm3) heat as LNG (0.6 MJ/Nm3), with a slightly lower calorific value of hydrogen (10.7 MJ/Nm3 versus 35.7 MJ/Nm3 for natural gas). It would make sense to make the evaporators for regasification modularly expandable in order to achieve the necessary flexibility with regard to the required heat output.

In general, it would be reasonable to use ambient heat (air, seawater) for heating instead of combustion heat. However, for the larger amounts of cooler air and water, the environmental compatibility must be checked, such as the impact on the ecosystem concerned. LH2 cooling is also energetically very valuable, because theoretically 1.7 times as much cooling can be obtained from this cooling than from natural gas (1.3 MJ/Nm3 versus 0.75 MJ/Nm3). Therefore, LH2 cooling should be used whenever possible, for example for process cooling applications in industry.

Another important aspect is the handling of boil-off gas, which is produced by LH2 evaporation in the storage tank (due to imperfect thermal insulation). This can be compressed and fed into a pipeline; the compressors used for this must also be suitable for hydrogen.

The hydrogen lead projects TransHyDE and H2Mare are concerned with the development of a hydrogen infrastructure. The VDI is also working on the standardisation of power-to-X technologies.


LNG terminal: Planning operation with hydrogen from the outset


In summary, it can be said that a terminal that can be used for LNG and later for LH2 should ideally be planned and built from the outset as if it were operated exclusively with liquid hydrogen. Retrofitting at a later date is possible, but not economically viable, as too many large components would have to be replaced.

However, it is not yet clear in what form hydrogen will be transported in the future, as LH2 or alternatively transformed in the form of, for example, green ammonia or green methane. If the ammonia can be used directly, this could have advantages over LH2. If the green ammonia is transformed back into hydrogen, the energy losses are so great that this route performs worse than LH2 import, at least at present. However, if it turns out in the future that shipping in the form of ammonia or green methane is more economical, the additional investment for "H2 readiness" could also prove to be a misinvestment.