"In the short term, I do not expect the emergency level to be declared". 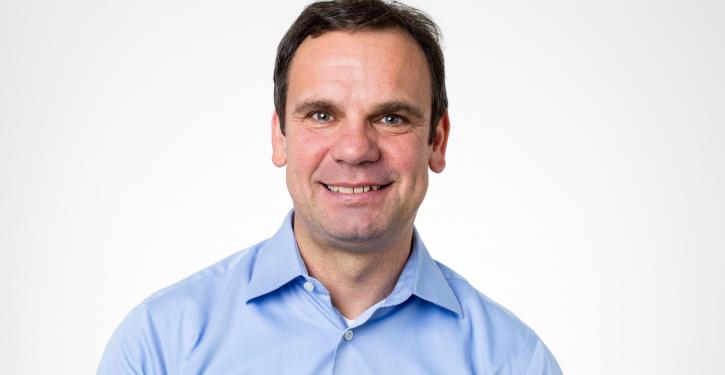 There will no longer be low gas prices for the time being, says Jens Perner of Frontier Economics. (Image: Frontier Economics)
Cologne (energate) - As a consequence of the renewed throttling of supply volumes via Nord Stream 1, the industry is expecting a harsh winter. energate spoke to Jens Perner, Director of the Cologne office of the consultancy Frontier Economics, about the impending emergency stage, open questions regarding rationing, and a long-term perspective for the gas market.

energate
: Mr Perner, how likely do you think it is that the third stage in the gas emergency plan will be declared?

Jens Perner: In the short term, I don't expect the emergency stage to be declared, as it is to be expected that there will be sufficient natural gas available in Germany for the time being: The gas storage facilities are partially filled, and the gas supplies from Norway, the Netherlands and Russia are sufficient to secure the supply for the time being.

But it definitely can't be ruled out that the emergency level will have to be declared in winter. Whether this is necessary depends on a variety of factors, not least on how gas deliveries from Russia continue. Other factors also play a significant role, such as how quickly we manage to start up LNG supplies, how cold the next winter will be, and to what extent we manage to save natural gas, not only in winter, but also today: filling the natural gas storage facilities for the winter is like a race against time - every kilowatt hour of natural gas that is saved today can be stored and helps to avoid declaring an emergency. In this respect, the Federal Ministry of Economics and Technology and the Federal Network Agency could seek further initiatives to curb gas consumption in the summer or autumn. But this can also be done outside the emergency stage.

energate: What specific concerns do your customers come to you with against the background of a possible gas shortage?

Perner: Of course, these questions are also on our customers' minds, there is a huge amount of uncertainty. For example, our customers are asking themselves which gas contracts with which duration should be concluded today. It is also unclear exactly how markets and players will act if a physical gas shortage actually occurs and the emergency level is declared. Although the regulations and processes exist on paper, many questions remain unanswered with regard to the concrete implementation, for instance how exactly targeted disconnections at end customers are to be carried out in an emergency by the federal load distributor, what the disconnection sequence looks like in practice and what compensation would have to be paid. This will only be practically feasible with the cooperation of the players.

energate: How do you think the gas market will change after the immediate crisis?

Perner: A number of our customers are indeed already concerned with this question today. For example, what might a future new equilibrium in the gas market look like, and how will this affect gas prices in the medium to long term? It is clear that the foreseeable construction of import terminals for liquefied natural gas will further merge the global gas markets. It cannot be ruled out that price movements on the US gas market will also be noticeable here in Germany. Our modelling shows: Germany will continue to be a gas transit country, but then with flows from the northwest to the south and east.

At the same time, it is foreseeable that we will probably not see the very low gas prices of the past again. In addition, the question arises to what extent the energy transition will accelerate and, for example, renewable energies or green hydrogen will establish themselves on the market faster than originally planned. As is well known, climate protection and security of supply go hand in hand here - this is also a great opportunity for Germany in the medium term!

The questions were asked by Mareike Teuffer.