550 million US dollars for Octopus Energy 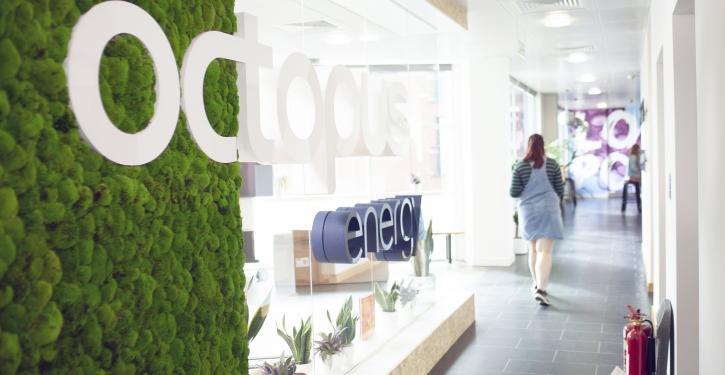 Octopus Energy intends to use the fresh capital to optimise its "Kraken" energy technology platform, among other things. (Image: Octopus Energy)
London (energate) - The British Octopus Energy Group is receiving fresh capital totalling 550 million US dollars. On the one hand, there was a further financing round in the amount of 325 million US dollars, the money came from existing shareholders, the company announced. Octopus Energy plans to use the money to further optimise its "Kraken" energy technology platform. Futhermore, the additional capital will also be invested in products and solutions to address the energy crisis and in the promotion of renewable energy on a large scale.

In addition, the Canada Pension Plan Investment Board is providing a further 225 million dollars to better and faster integrate renewable energy into the electricity grid. The investor entered into a long-term strategic partnership with Octopus at the end of 2021. This also includes the use of the Kraken Flex platform.

Octopus manages 3,000 MW of energy projects. Its technology platform, Kraken, supports its own trading, generation and flexibility businesses. In addition, the platform is licensed to other major energy companies, including Eon and EDF in the UK. In total, Kraken is licensed to support 25 million accounts worldwide. Most recently, Octopus Energy announced the creation of 1,000 jobs in Germany (energate reported) and entered the generation market in this country with the purchase of its first wind farm project in Hesse (energate reported). /df