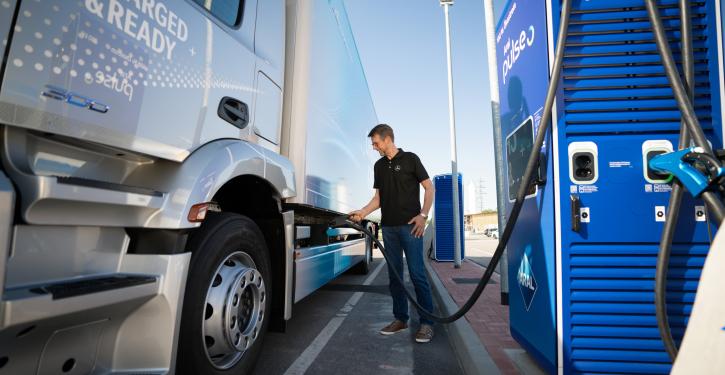 The BP Group expects strong demand for truck charging facilities, especially in Germany. (Image: Aral AG)
Schwegenheim (energate) - The BP Group has put its first public charging station for trucks in the world into operation - in Germany. The group chose a location of the Aral petrol station subsidiary in the state of Rhineland-Palatinate, on the B9 between the German-French border and the Rhine-Neckar metropolitan region.

At two fast-charging stations, each with a capacity of 300 kW, truck drivers can now charge green electricity using certificates of origin, Aral a ...