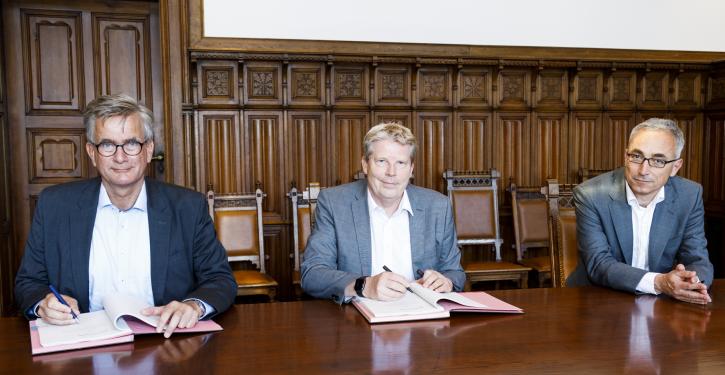 From left: Jens-Uwe Freitag, Chairman of the Board BS Energy, City Planning Councillor Heinz-Georg Leuer, BS Energy Board Member Volker Lang. (Image: Stadt Braunschweig / Daniela Nielsen)
Braunschweig (energate) - Braunschweig-based BS Energy has been awarded the contract to build charging infrastructure in the Lower Saxony municipality. BS Energy is to install at least 200 new charging points by the end of 2024, and the same number again by 2026. The city and the utility have signed a concession agreement to this effect, the partners announced. Depending on demand, the contract provides for a further 100 charging points by 2028. BS Energy wants to install the fi ...