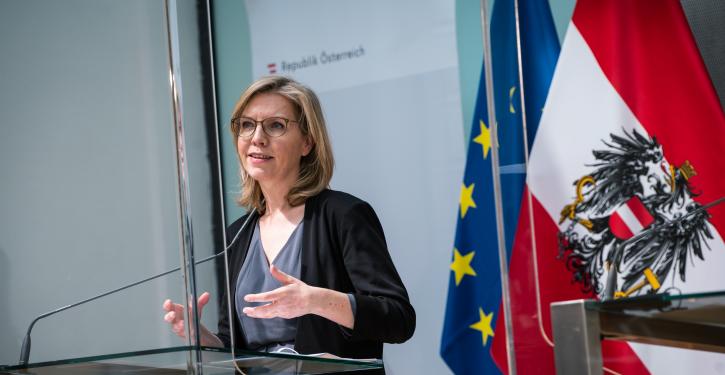 The Austrian energy minister hopes for a speedy connection of the Haidach gas storage facility. (Image: BMK, Cajetan, Perwein)
Vienna (energate) - Austria's energy minister Leonore Gewessler (Greens) is counting on a quick connection of the Haidach gas storage facility to the Austrian gas grid. "It will happen as soon as possible this year," she said during a press conference in Vienna. The decision of the federal government (ÖVP/Grüne), according to which all gas storage facilities on Austrian territory must be connected to the domestic grid, was already legally binding, she sai ...