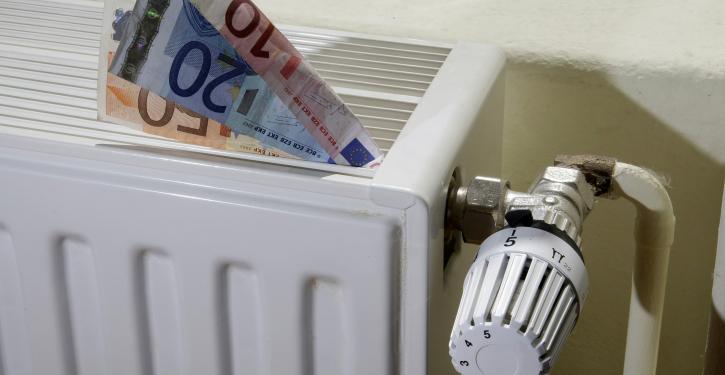 The cost of heating is increasingly becoming a social issue. (Image: www.co2online.de)
Essen (energate) - With the rising prices for natural gas, there is growing concern that households with low incomes will no longer be able to afford a warm flat in the future. Against this background, the CDU/CSU (Christian Democrats) parliamentary group has now called for some type of fixed price for basic gas requirements. "Households should receive at least the first 5,000 kilowatt hours as basic gas demand for a statutory fixed price of 6.5 cents per kilowatt hour," Jens Spahn, deputy leader of the CDU/CSU parliamentary group, recently told the "Deutsche Presseagentur". Previously, Chancellor Olaf Scholz had announced, among other things, a housing allowance reform to relieve low-income earners and cushion the increased energy costs (energate reported). But according to Spahn, this is not enough, as too few people benefit from it.

To put this into perspective: the 6.5 cents per kWh demanded are roughly on a par with the gas prices of 2021. In the meantime, gas customers - especially with newly concluded contracts - are paying many times that amount. Because gas supply is thus increasingly becoming a social issue, the energy industry itself has already brought a possible reform of gas tariffs into play. For example, at the energy trade fair E-world, Klaus-Dieter Maubach, CEO of the energy company Uniper, suggested that the first 10,000 kWh, which is usually enough for smaller flats, should be offered at a special rate. "But someone like me with a high gas consumption then has to pay an extremely high price for his last 10,000 to 30,000 kWh." In the current situation with gas prices that have increased six-fold compared to last year, it is important to "think about the social component," Maubach urged (energate reported).

A spokeswoman for Caritas described the proposal as "not a wrong approach". "In principle, we consider incentives for energy savings to be very important for reasons of climate policy, so that such a price cap would indeed only make sense if it applied to a certain amount of consumption," she explained. On the other hand, she added that it should also be considered that consumption depends very much on the energetic condition of the property. /ml