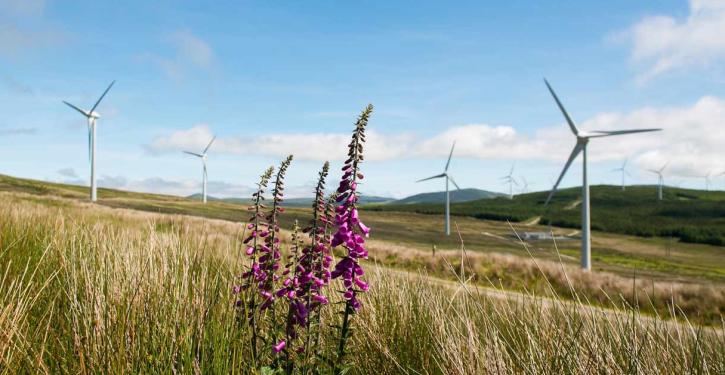 The Danish energy group Ørsted has taken over the Regensburg-based project developer Ostwind. (Image: Ørsted)
Hamburg/Regensburg (energate) - The Danish energy group Ørsted is entering the German market for onshore wind energy. The company has taken over the south German project developer Ostwind. A corresponding agreement on the acquisition of several operative Ostwind subsidiaries has been signed by both sides, according to a joint statement. Ørsted first announced the acquisition in June (energate reported). Neil O'Donovan, responsible for onshore wind energy on the Ørsted management board, spoke of an "important step for the strategic expansion of our onshore business in Europe".


Ostwind, headquartered in Regensburg, has been active in the project development of onshore wind farms for around 20 years. The company has a portfolio of around 152 MW that is either under construction or in operation. The additional project pipeline adds up to more than 500 MW in advanced development and another 1,000 MW in the early stages. In addition to Germany, Ostwind is also active in France and employs around 115 people.

Ørsted has been active in the development of renewable energy mainly in the field of offshore wind power, where it is one of the world's leading project developers. For some time now, the company has been striving to enter the European onshore market, too. In April 2021, for instance, the Danish group acquired the Irish project developer Brookfield Renewable, which is mainly active in Ireland and Great Britain (energate reported). The companies did not provide any information about the purchase price. Ørsted has set itself the goal of building up a renewable generation portfolio of 17,500 MW of by 2030. /rb