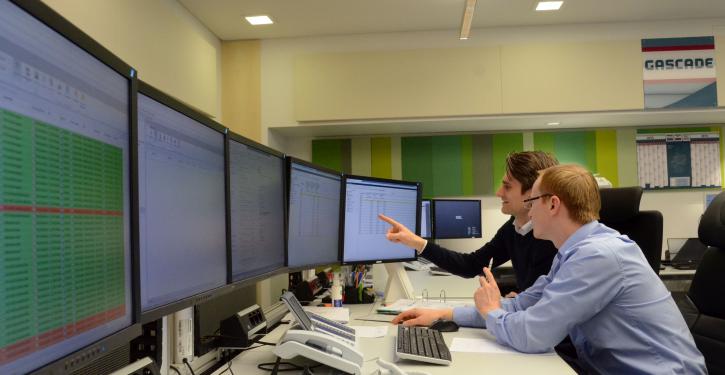 As part of the realignment of Sefe, gas procurement could move to Kassel. (Image: Gascade)
Berlin (energate) - The Gazprom-Germania successor Securing Energy for Europe (Sefe) is repositioning itself. It is not about managing old contracts but rather about a long-term perspective for the company, which is under the trusteeship of the Federal Network Agency. The new managing director Egbert Laege made this clear in an interview with energate. "We are in the process of realigning the business," Laege explained. The 57-year-old has ambitious plans. Sefe which includes the storage operator Astora, the sales company Wingas, and the grid operator Gascade is to be profitable again as early as next year.

The realignment is initially primarily about procurement and the problem of how and from where Sefe will obtain its gas in future. "We will primarily procure the volumes on the wholesale market," says Laege who has been in office since the beginning of June. Partly for this purpose the federal government had provided Sefe with a loan of 9.8 billion euros. This was the largest financial support ever given to a company in Germany, he said. "You also have to think about our credit line," says Laege. In return, Sefe has a clear mandate to fulfil: To procure gas, to continue supplying customers, and to operate the natural gas infrastructure safely.


Procurement from Kassel in future?


For the time being, the company wants to rely on the current structures. "At the same time however we are taking a close look at these structures," Laege announced. In this context, it is conceivable for example to move portfolio optimisation closer to the customer and the Kassel location. Currently, procurement is still handled centrally by Gazprom Marketing & Trading in London. Laege did not want to commit himself to whether this will actually happen. "We will only make the decision in the coming weeks," said the head of the company. He ruled out the sale of individual parts of the company for the time being because larger transactions would reduce the value of the company in the trust. In the end, however, the owner would have to decide.


In future, Sefe also wants to approach new customers and win them over. Laege dispels the concern that such transactions will result in money flowing towards Russia because Gazprom is still formally the owner. The company is clearly separated from its shareholder. "Therefore, the question of an outflow of funds to the owner does not arise at all," says the Sefe managing director. Rather the entire control of the company is covered by the trust. Accordingly, the contact with the Federal Network Agency and the Federal Ministry of Economics is close. "We have several video conferences every day," Laege explains. However, there is hardly any contact with the Russian side. At the working level, there are still contacts for the settlement of old contracts but otherwise there are no talks. But otherwise there are no talks. "I have not spoken to Gazprom since I have been here," says Laege.

Hydrogen also remains an issue for the companies belonging to Sefe. Because the transition to a "net zero carbon energy supply" is politically desired. "We are also facing up to this second part of our mandate," says Laege. The starting point for a "hydrogen world" should be the existing projects in this field. Gascade for example is involved in Aquaductus, a first transport pipeline for hydrogen in the North Sea. /ml