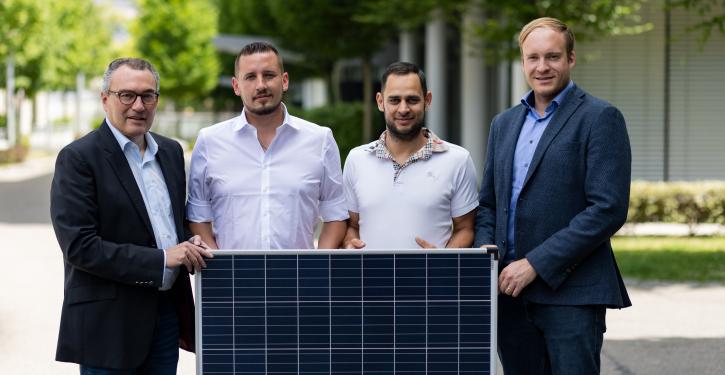 Frank Danielzik (from left to right) from Eon, together with Julian Schriver and Clemens Gebhardt from Mehr Ampere, and Michael Konter from Eon. (Image: Eon)
Munich/Regensburg (energate) - Eon Energie Deutschland is taking over the Regensburg-based specialist company Mehr Ampere. According to Eon, this further expands its installation capacities in the field of photovoltaics. Mehr Ampere installs, maintains and sells photovoltaic systems in the areas from Regensburg to Munich, Nuremberg and Passau. Both companies have been working together for several years. Eon already acquired a minority stake in 2020, which has now been increased ...