"Germany should focus on global demand reduction for natural gas" 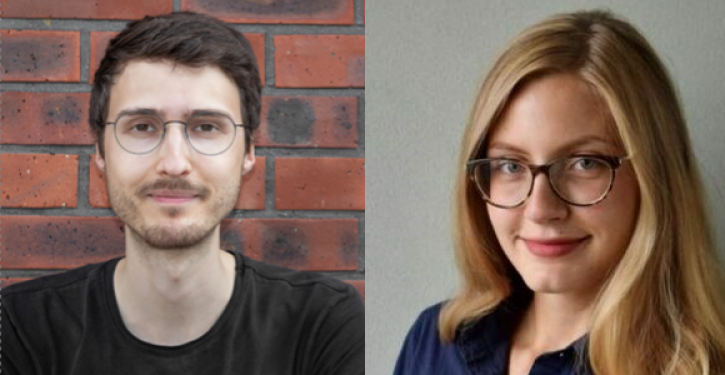 Mathias Koch is a policy advisor, and Kamlia Godzinska is a researcher at the think-tank E3G. (Image: E3G)
Berlin (energate) - Germany should push for more international coordination to reduce gas consumption. Reducing global demand for natural gas is crucial for solving the current energy crisis and moving away from fossil fuels globally.

A guest contribution by Mathias Koch and Kamila Godzinska from the think-tank E3G.

Concerns about a "gas emergency" have taken hold of many in Germany. In mid-July 2022, Nord Stream 1 was shut down for maintenance - whether gas flows there again remains to be seen.

To safely fill the gas storage facilities before the next winter, to reduce the vulnerability to blackmail by Russia's elite, and to gain political support for the course the West is taking, the only thing that will help is a cutback in consumption. At the national as well as international level, a German effort is needed that focuses on cooperation for a global reduction of demand.

The German government's external policy to date is doing immense damage to Germany's leading role in the global energy transition: support for the public funding of new domestic gas projects is clashing with the pledge that fossil infrastructure would no longer receive public funding internationally. At the same time, new LNG export projects are usually four years in the making, so they do not help solve the current crisis. The conclusion of long-term supply contracts, for example with the USA and Qatar, proves doubters of the German energy transition right.

Instead of relying unilaterally on LNG, Germany should orient itself towards the main goal of reducing consumption. Germany should prioritise the following four approaches:

2. Coordination with EU partners for immediate demand reduction and implementation of Repower EU: On the basis of its own immediate gas savings programme, Germany should coordinate within the EU to reduce consumption by industry and households. To this end, Germany must support the measures of the "Repower EU" strategy presented by the European Commission, which aims to replace Russian gas with consumption reduction and renewable energy sources by 2027.

3. Stronger measures against methane leaks: in 2021, the global energy sector emitted 135 million tonnes of methane. Stricter requirements for companies to close leaks would have a significant impact on climate protection. They would also bring the saved gas to the market and alleviate the tight demand situation.

4. Coordination with international gas consumers: Uncoordinated attempts by the largest international buyers to source as much LNG as possible are already having a significant negative impact on emerging economies such as Pakistan and Sri Lanka. To avoid further escalation, Germany should advocate coordination with major gas consumers such as China, Japan and Korea, e.g. for common principles in managing gas flows.