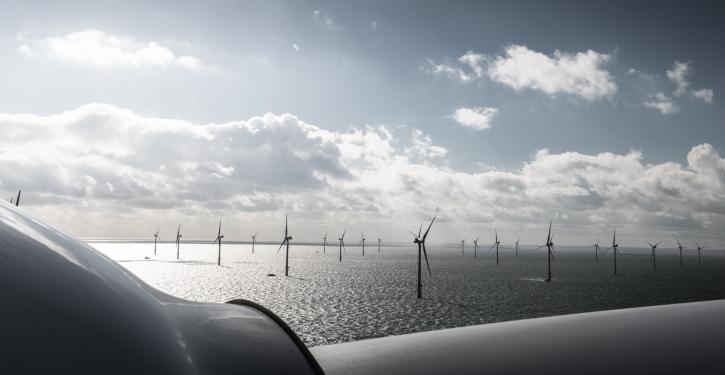 The offshore wind farm "Nordsee Two" is also to receive an electrolyser for hydrogen production. (Image: Tristan Stedman)
Brussels (energate) - The planned offshore wind farm "Nordsee Two" by RWE and Northland Power is receiving funding from the EU for integrated hydrogen production. The EU Commission is granting the project financial aid through the so-called innovation fund. The corresponding project "N2OWF" was awarded a contract in the third round, the EU Commission announced. The Commission did not publish the exact amount of funding, but the total budget of the funding round amounts to 1.8 billion euros, which is distributed among a total of 17 major projects in Europe. The "N2OWF" project envisages that the initiators will supplement the 433 MW wind farm in the North Sea with a 4 MW electrolyser. This will be located in the wind farm's transformer station. The plant will produce around 340 tonnes of hydrogen per year, which will be used as fuel for ships, for example. The Nordsee Two offshore wind farm is a joint project between RWE and the Canadian investor Northland Power, with RWE holding a majority stake of 51 percent through its renewables subsidiary, RWE Renewables. /rb