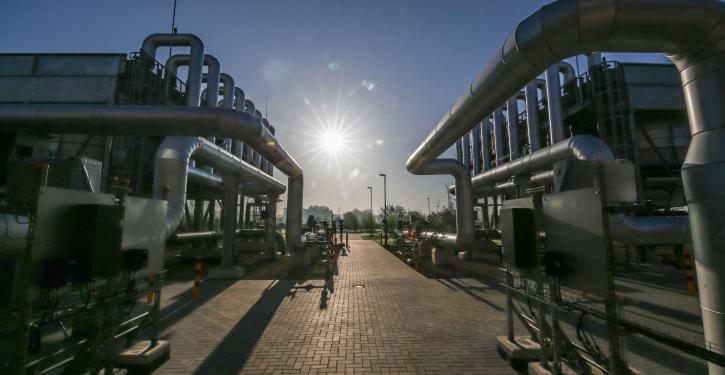 Thyssengas is preparing to convert its infrastructure to hydrogen. (Image: Thyssengas)
Dortmund (energate) - The Dortmund transmission system operator Thyssengas is also setting the course for hydrogen in its personnel planning. In a first step, the company has created 25 additional positions for the development of a hydrogen start-up network. According to Thyssengas, there is a particular demand for engineers in the technical field, who will accompany the rededication of existing natural gas pipelines as well as supplementary pipeline construction projects. But the company is also looking for reinforcements in the areas of sales, human resources, finance and communication. A special recruiting campaign will accompany the build-up of personnel in the coming months and ensure the necessary attention, it said.


From a regulatory point of view, it is still unclear to what extent Thyssengas will be allowed to operate hydrogen networks at all in the future. The strict regulations on horizontal unbundling envisaged by the EU speak against this. Although the EU Commission's hydrogen directive allows companies such as Thyssengas, which are set up as ITOs (independent network operators), to build up a hydrogen network, this is only for a limited period until 2030, after which the companies would have to sell the infrastructure (energate reported). But even at the national level, the TSOs do not yet have a legal mandate to build a German hydrogen network, complains Thomas Gößmann, chairman of the Thyssengas management board. "With this investment in personnel and know-how, we are making an advance payment as a transmission system operator. We are now taking this step to show: We are serious and are making courageous entrepreneurial decisions," says Gößmann.

The Thyssengas boss calls for "pragmatic regulation" from the politicians for the intended rapid market ramp-up of hydrogen. The fact that the regulatory framework conditions are currently still the main obstacle to this was also the tenor at the most recent hydrogen summit in Essen. For example, Thomas Hüwener, CTO of the transmission system operator Open Grid Europe, complained that the implementation of large hydrogen projects is always "running up against the bollard" (energate reported).


With the new staff, Thyssengas wants to move quickly into concrete implementation for its approximately 800-kilometre-long hydrogen network. The basis for this was formed by around 45 letters of intent that Thyssengas concluded with potential hydrogen producers and customers as part of a market survey by FNB Gas. These customers are to receive hydrogen from 2030 at the latest, mostly via successively converted natural gas pipelines. Further pipeline kilometres are then to be added by 2045. Thus, the Thyssengas pipelines form an essential part of the nationwide hydrogen network for the year 2032, which the FNB Gas recently published as a hydrogen variant within the framework of the interim status of the current network development plan for gas, it said. In the variant, the FNB modelled an 8,500-kilometre network (energate reported). /ml