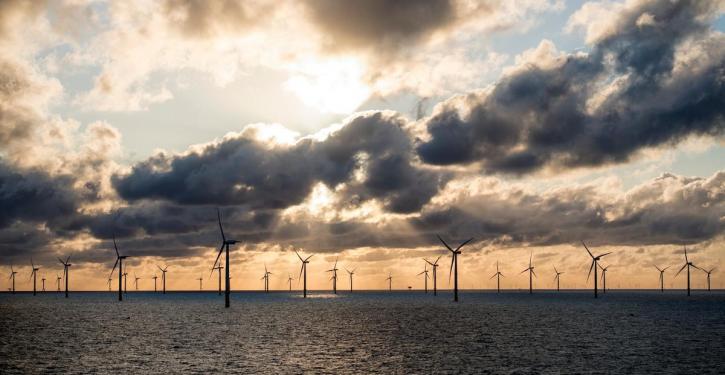 Ørsted's Hornsea Project Three is one of the biggest winners of the fourth round of renewable tenders in the UK. (Image: Ørsted A/S)
London (energate) - In the UK, the largest tender round for renewables to date has come to an end. With a good 11,000 MW, the capacity tendered in the fourth round was almost twice as large as that of the third round. Unlike in Germany - where the so-called contracts for difference (CFD) were removed from the Wind Sea Act - the British government is relying exclusively on this instrument in the expansion offensive. With CFDs, project developers hedge against low electricity prices and electricity consumers against high ones. If the plant operator sells green electricity below the fixed CFD price, he receives the difference as an additional payment. If the electricity price is above this value, the plant operator pays out the difference.


According to the British Ministry of Energy, 93 projects from England, Scotland and Wales were awarded contracts in the current bidding round - another record: more projects than in the first three rounds of the year combined. For the first time, projects for floating offshore wind power (41 MW) and tidal power plants (32 MW) were successful in addition to the classic PV and wind power projects at sea and on land. Both technologies received the correspondingly highest award prices. For example, the award value for all four tidal projects was the equivalent of 210.87 euros/MWh (178.54 British pounds). The only floating wind power project called "TwinHub Floating Offshore Wind Project" was awarded the equivalent of 103.11 euros/MWh. For the first time since 2015, onshore wind power projects and PV projects were also included in the bidding round.


By far the largest item in the UK's fourth tender round was offshore wind power. Projects with a total capacity of almost 7,000 MW were awarded contracts for the equivalent of 44.11 euros/MWh. This was almost 70 per cent less than in 2015 and the awarded capacity would increase the total capacity built and under construction by 35 per cent, the ministry added. It is noteworthy that the 7,000 MW of capacity awarded is made up of only four projects. The largest of these is the "Hornsea Project Three" of the Danish group Ørsted with a total capacity of 2,852 MW. According to its own information, this brings its portfolio in the UK to 6,200 MW. Ørsted has already invested the equivalent of 16.54 billion euros in this project. The same amount is to follow by 2030, the group announced. /am