THE is filling Wolfersberg reservoir 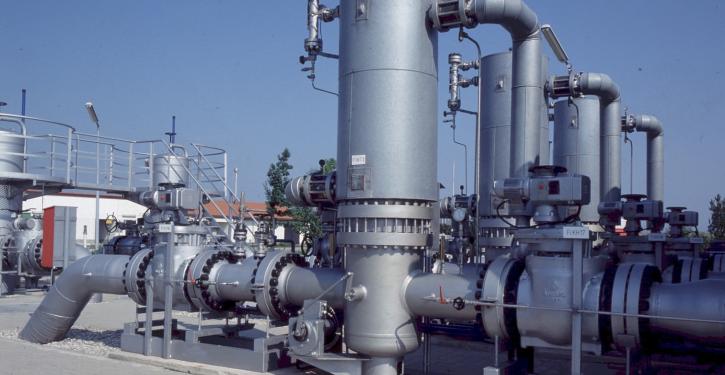 Due to the high price risks, Bayerngas has not yet filled the Wolfersberg storage facility. (Image: Bayerngas)
Ratingen/Berlin (energate) - The market area manager for the German gas market, Trading Hub Europe GmbH (THE), has started filling the Wolfersberg storage facility. This was announced by the Bavarian Minister of Economic Affairs, Hubert Aiwanger (Free Voters), in a press release. When asked, THE confirmed that filling had begun. Before filling began, the storage tank still had a fill level of 8.68 per cent. Last week, energate had noticed the very low fill level (energate reported). The operator of the storage facility, Bayernugs, belongs to the Bayerngas Group. The sales and trading company of the Bayerngas Group, Bayerngas Energy, is probably also the only user. In response to an enquiry from energate, Bayerngas explained the low filling level: "Due to the high price and procurement risks, the risk-benefit ratio was not given for Bayerngas".

According to the storage filling regulation of early June, the operator must immediately provide THE with interruptible capacity if the storage is less than ten per cent full on 2 June. Bayernugs has since provided THE with the capacity, Bayerngas and THE confirmed. On 27 June, only 0.7 million cubic metres of natural gas were in storage (about 7.7 GWh), according to information published on the operator's website. On 28 June, the storage increased to 3.35 million cubic metres (36.9 GWh). The technical storage capacity is 38 GWh/day.


There remains another storage facility that is relevant for the German market and has a fill level of well below ten percent: the part of the Haidach storage facility in Austria operated by the Gazprom export subsidiary GSA. Haidach is only connected to the German grid. The part marketed by GSA is currently zero per cent full. The former Gazprom subsidiary Astora and the Austrian RAG Austria also have a one-third stake each in the operation of the facility. These two companies are currently storing at Haidach.

In Austria, the Federal Council still has to approve a legal regulation with which Gazprom's capacity can be withdrawn, similar to the German storage law. In addition, the storage facility is to be connected to the Austrian grid (energate reported). Technically, this should be easy; a pipeline runs directly past the site. The Austrian and German governments have apparently already held talks on a joint solution. The new regulation adopted by the Council of Ministers two days ago with European requirements for storage filling contains a separate annex on the Haidach and 7 Fields storage facilities.


"That's what the Söder does"


The 7Fields storage facility, operated by Uniper Energy Storage (UST) and Austria's RAG, is also located in Austria. It is connected to the German and Austrian systems. Austria and Germany are to divide responsibility for meeting the level requirements between them in a bilateral agreement. Such an agreement would take too long to take effect this year. The Bavarian government now wants to take care of the filling: "Söder is doing that now," a source close to the German government said. Söder does not yet have to take action in 7Fields; the UST-operated part of the storage facility is 40 per cent full. /hl