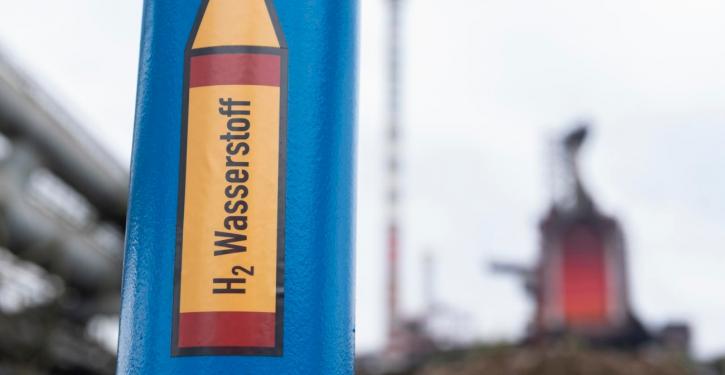 The EU wants to unbundle hydrogen and gas networks. (Image: thyssenkrupp Steel)
Brussels (energate) - In the EU Parliament there is resistance to the unbundling regulations for hydrogen network operators planned by the EU Commission. This can be seen in a draft report on the EU Gas Market Regulation by MEP Jens Geier (SPD), which is available to the editorial team. With regard to horizontal unbundling, Geier wants to cut out the passage in the regulation according to which hydrogen network operators must be independent with regard to their legal form if they are part of an undertaking "active in one of the areas of transmission or transmission or distribution of natural gas or electricity". The regulation prevents synergies that arise from the joint operation of gas and hydrogen networks, the MEP reasoned.

Geier is also opposed to a provision on vertical unbundling. According to Article 62 of the new Gas Directive, hydrogen networks owned by a natural gas group ("vertically integrated natural gas undertakings") may be owned by the latter until 31 December 2030, but only if the latter has transferred the operation to an independent system operator (ITO). After that, it must be ownership unbundled, i.e. the hydrogen network would have to be sold.


No time limit in the ITO model


Geier does not accept why the ITO model can only be applied to hydrogen grids for a limited period of time. It has proven to be just as effective as ownership unbundling in the third natural gas package, he writes in justification. Moreover, putting an end to the ITO model would not make sense for the hydrogen ramp-up, especially in the member states where it is the usual form of unbundling. Under the ITO model, a vertically integrated natural gas supply company could own the hydrogen network and also operate it.

The 2009 amendment of the Gas Directive and the Gas Regulation is intended to create the conditions for a transition from fossil natural gas to renewable and low-CO2 gases, in particular biomethane and hydrogen. The Gas Regulation was amended with rules for access to hydrogen networks, the Gas Directive with rules for transmission, distribution, supply and storage of low CO2 gases and hydrogen. /rl