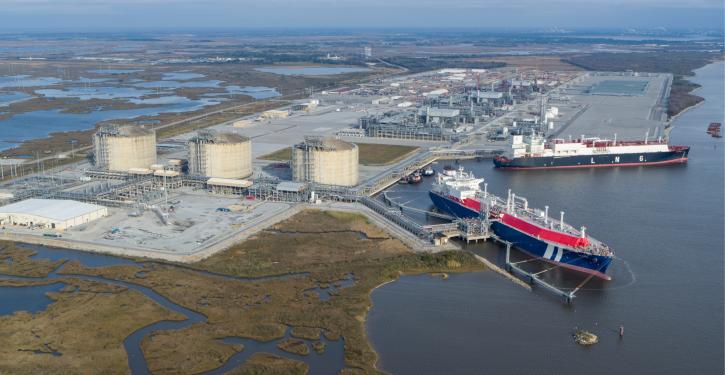 The US LNG terminal Cameron on the Gulf of Mexico is to be expanded. (Image: Ineos/Sempra Infrastructure)
London (energate) - In response to the gas crisis in Europe, the British chemical group Ineos has secured LNG on a large scale. The company has signed a long-term contract for 1.4 million tonnes of liquefied natural gas per year with the US supplier Sempra Infrastructure. For Ineos, this is the entry into the global LNG market, the chemical giant announced. In future, the company will receive LNG from the American Gulf Coast to cover its own industrial needs. On the other hand, the trading subsidiary Ineos Energy Trading will also market the gas to other European industrial customers. The agreement could help to alleviate the structural energy problems in Europe, said Brian Gilvary, chairman of Ineos Energy.


In the short term, however, liquefied natural gas will probably not be available. This is because the LNG is to come either from the "Port Arthur" LNG terminal planned in Texas or from the "Cameron" terminal in the US state of Louisiana. For the Port Arthur project with a capacity of 11 million tonnes (14 billion cubic metres) of LNG per year, the necessary approvals from the US competition authority FERC and the Department of Energy have been available since 2019 (energate reported). However, Sempra has yet to make a final investment decision. Due to the delays, the state-owned Polish gas company PGNiG, which had already concluded an agreement with Sempra in 2018 for a capacity of two million tonnes of LNG per year (2.6 billion cubic metres), withdrew from the contract (energate reported).

It is possible that Ineos could now get the project moving again. Especially since RWE recently also agreed to purchase 2.25 million tonnes of LNG per year (around 3 billion cubic metres) from the terminal (energate reported). The Cameron LNG terminal has been in operation in its first expansion stage with three liquefaction units since 2020. However, the supply contract with Ineos refers to the planned second expansion stage with a capacity of 6.75 million tonnes of LNG. The project is still awaiting final approval. /ml