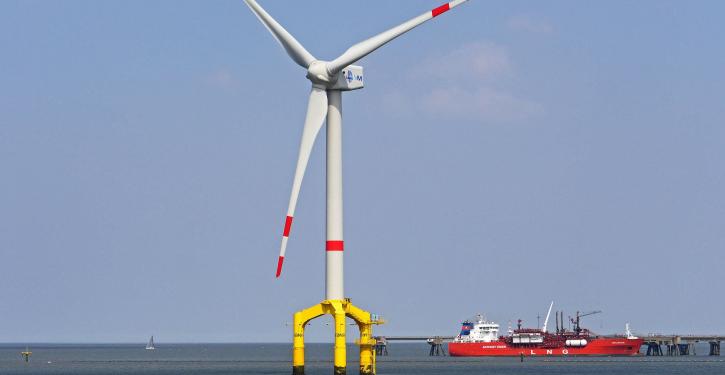 The fund planned by RWE and Commerzbank is also intended to give SMEs a direct stake in the 1,000 MW project. (Image: Pixabay)
Essen (energate) - The Essen-based energy group RWE and Commerzbank want to make common cause in the expansion of offshore wind power in German waters. The aim is a successful cooperation in the offshore tender of the Federal Network Agency in 2023 and a 1,000 MW wind farm. This was announced by the two companies. While RWE is to build and operate the project, the Frankfurt-based financial institution is setting up a special fund aimed at medium-sized companies. The two partners have now signed a memorandum of understanding.

Under the terms of the agreement, RWE is to become the majority shareholder of the planned wind farm with 51 per cent, and Commerzbank will hold 49 per cent. At the same time, both companies want to commit themselves to making the offshore wind power available exclusively to small and medium-sized enterprises. Two ways are to be open to them to participate in the project. On the one hand, the companies can become long-term electricity buyers by concluding Power Purchase Agreements (PPA) for electricity capacity tranches of 5 MW or more - "i.e. tailored to the electricity needs of SMEs", according to RWE. On the other hand, Commerzbank also wants to give interested SMEs the opportunity to participate directly as investors.


Both investment options are to become part of Commerzbank's fund solution. Details on the fund's structure, such as the targeted fund volume, were not made public by Commerzbank for the time being. Concrete details on the planned wind farm project are also not yet available. However, as the offshore tenders of the Federal Network Agency largely relate to North Sea projects, it is highly likely that the project will be realised there - provided that the consortium is awarded the contract. /pa