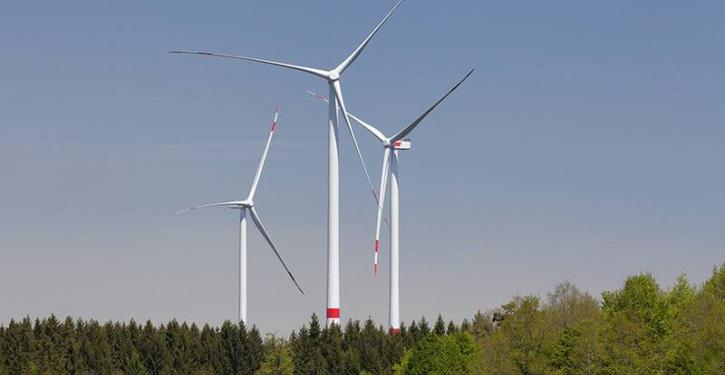 With the acquisition of the Ostwind Group, Ørsted intends to expand its onshore business in Europe. (Image: Ostwind AG)
Fredericia/Regensburg (energate) - Ørsted wants to further expand its involvement in onshore wind power. This could be accompanied by an entry into the German market in the near future. The Danish state-owned company is in "advanced talks" to take over the Regensburg-based project developer Ostwind completely. Whether and by when the intended transaction will take place is still open, Ørsted announced. According to the statement, the step is part of the group's strategy until 2030, which will be readjusted in 2021.

Among other things, the strategy envisages multiplying the capacity of the in-house onshore wind power portfolio to 17,500 MW in the next eight years. By the end of 2021, the group still had 3,400 MW of onshore wind farms in operation. "We are continuously looking for opportunities to expand in the onshore business in Europe," it now said. According to the group, the fact that the Danes are making public any progress at all regarding the takeover talks with Ostwind is a reaction to "speculation in the media". According to Ørsted, negotiations are underway for all three core companies of the Ostwind Group as well as the 15 MW Rotmainquelle forest wind farm, which went into operation in 2016.


The Ostwind Group says it has been active in project development since 1992 and has now connected more than 1,000 MW of wind power capacity to the grid. The company is owned by the board members Gisela Wendling-Lenz, Ulrich Lenz, and Fabien Kayser. The latter is also active in the management, which also includes Stefan Bachmaier and Philip Milek. Ostwind currently employs around 100 people at a total of five locations in Germany and France, half of them in Germany. Ostwind's strategic focus is on onshore wind power, although the Regensburg-based company also plans and constructs solar plants. /pa