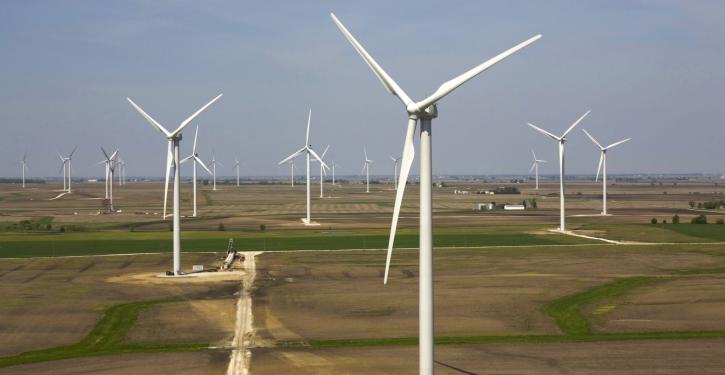 BP becomes operator of the wind power and solar plants of the Australian "Asian Renewable Energy Hub". (Image: BP)
London (energate) - The oil company BP is participating in one of the world's largest green hydrogen projects in Australia. The British company will take over 40.5 per cent of the so-called "Asian Renewable Energy Hub" (AREH). BP will also be responsiblefor operating the planned solar and wind power plants with a capacity of 26,000 MW. The plants on an area of about 6,500 square kilometres in the Pilbara region in western Australia are to generate about 90 billion kWh of electricity per year in the future, BP announced. One of the customers will be local industry. Solar and wind power will also supply the energy needed to produce 1.6 million tonnes of green hydrogen or 9 million tonnes of ammonia annually for the international markets.


Germany is very interested in importing hydrogen from Australia. Eon and RWE have already made corresponding advances. Until now, however, it was questionable whether hydrogen supply over such a long distance could be economically viable at all. The joint project "HySupply" commissioned by the German and Australian governments has now established the feasibility of a hydrogen bridge between the two countries in an interim report. According to this, the import of sustainably produced Australian hydrogen in large quantities makes technical and economic sense. The transport of hydrogen by ship also posed no legal obstacle. For an effective development of hydrogen supply chains, however, the EU would have to significantly simplify its planning and approval procedures, for example for import terminals or an effective distribution structure within Europe, the study says.


Project is in a lengthy approval process


But Australia also sometimes has a problem with lengthy approval processes. The plans for the "Asian Renewable Energy Hub" were presented back in 2014, since then the project has been going through various approval processes and most recently failed due to environmental concerns, as various media report. The entry of a well-known energy company together with the newly elected Australian government, which has promised more climate protection, could now give the project new impetus, it is hoped.


Pilbara in Western Australia is a mining region with significant energy demand and carbon emissions. The AREH project is intended to contribute to structural change in the region. The project is also of great importance for Australia's energy transition and the supply of green energy to the Asia-Pacific region, BP Vice President Anja-Isabel Dotzenrath emphasised. Australia is currently still one of the world's three largest exporters of fossil fuels. Other than BP, the hydrogen producer Intercontinental Energy (26.4 %) and the investment companies CWP Global (17.8 %) and Macquarie (15.3 %) hold shares in AREH. BP did not disclose the amount of the investment. /ml