Bavaria and Scotland want to cooperate on hydrogen 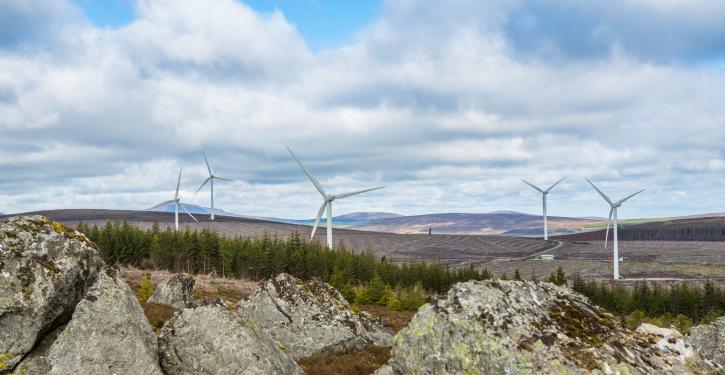 Scotland produces more wind energy than it can consume. (Image: Vattenfall)
Edinburgh (energate) - Hydrogen from Scotland could reach Bavaria in the future. The Bavarian Minister of Economic Affairs, Hubert Aiwanger (Free Voters), has now signed a declaration of intent to this effect with his counterpart Ivan McKee in Glasgow. Together they now want to examine possible hydrogen routes and discuss topics such as infrastructure and certification, but also joint demonstration projects. "Scotland is a politically stable European partner with a potential of 25 percent of Europe's offshore wind energy production," Aiwanger explained. This means that large quantities of hydrogen can be produced. Bavaria will have to rely on imports despite the expansion of renewable energies, he said. The agreement reached also provides for cooperation in technology development for storage and transport, for example.

Scotland already produces more electricity from wind power than it can consume, electricity that could be used for hydrogen production. The government in Edinburgh also sees hydrogen as a way to compensate for the declining importance of the once strong oil and gas production industry or to continue to use the existing know-how. In a first project, the export of green hydrogen by ship to Germany is to be tested (energate reported). A pipeline connection to Lower Saxony is also planned. The coveted substance could then reach Bavaria via a national hydrogen network. /kw