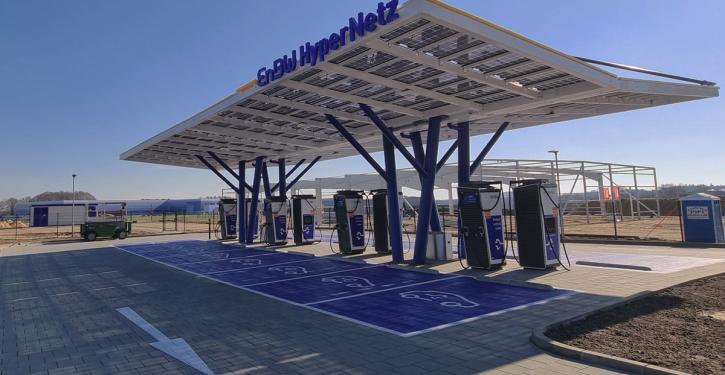 The ratio of fast-charging stations to e-cars is good, especially in sparsely populated territorial states. (Image: EnBW Energie Baden-Württemberg AG)
Berlin (energate) - The current VDA ranking shows clear differences within Germany in the expansion of public charging infrastructure. At the current rate, the German Association of the Automotive Industry (VDA) warns that the German government's target of one million public charging points will not be met. On the other hand, the German Association of Energy and Water Industries (BDEW) believes that so many public charging points are not needed at all.