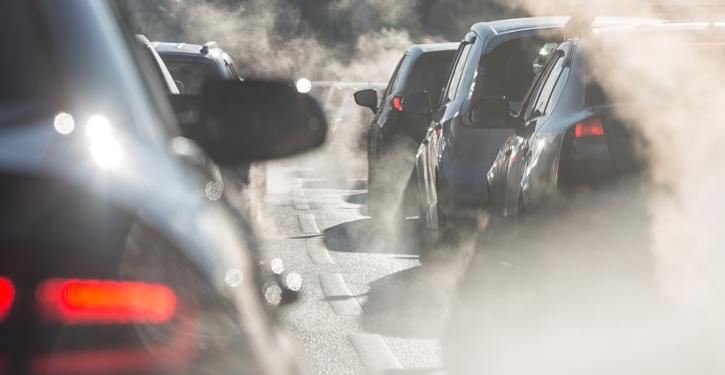 The EU Parliament wants no more new cars with combustion engines on the roads from 2035. (Image: Fotolia/elcovalana)
Brussels/Berlin (energate) - The European Parliament's decision to phase out internal combustion engines by 2035 has let to criticism. Parts of the economy as well as Germany's transport minister Volker Wissing (FDP) demand perspectives for e-fuels. On 8 June, the plenary session of the EU Parliament voted in favour of a proposal by the EU Commission to allow only cars and light commercial vehicles with zero CO2 emissions from 2035 onwards (energate reported). An interim target of less than 55 per cent emissions for cars and 50 per cent for light commercial vehicles compared to 2021 applies for 2030. "With these standards, we are creating clarity for the car industry and stimulating innovation and investment for car manufacturers," explained the responsible parliamentary rapporteur Jan Huitema of the European Greens.

Within the German government, however, the decision is causing discussion: Transport minister Wissing stressed to the news agency "DPA" that vehicles with combustion engines should still be allowed in 15 years, provided they are fuelled with e-fuels, i.e. synthetic fuels based on renewable energies. Environment minister Steffi Lemke (Greens), on the other hand, had made it clear on behalf of the German government during the consultations in Brussels in March that there should be no possibility for manufacturers to count the use of e-fuels towards the CO2 limits for their fleets (energate reported). This removes the incentive to rely on the fuels. In the coalition agreement, SPD, Greens and FDP had also stipulated that e-fuels should only be used outside the system of EU fleet limits.


Manufacturers have criticised the parliamentary decisions. The phasing out of the internal combustion engine is a decision against citizens, the market, and innovations, said Hildegard Müller, president of the manufacturers' association VDA. She said It is too early to set such a target because there is a lack of sufficient charging infrastructure for electric cars. The association calls for a decision on the post-2030 target only in 2028 - after a review. The energy industry, on the other hand, is optimistic that it will be able to provide the infrastructure for electric cars in time. "The market is reacting to the increasing number of electric cars and is building charging stations," explained Kerstin Andreae, chairwoman of the executive board of BDEW. It is now important that more attractive e-cars come onto the market.

The mechanical engineering association VDMA criticised in particular that the parliament ignored the possibility of CO2 reduction through e-fuels. "It is particularly regrettable that MEPs did not support the idea of a crediting mechanism for sustainable, renewable fuels, which would have solved the problem of CO2 emissions without destroying the technology," said deputy chief executive Hartmut Rauen. Both VDA and VDMA hope for changes in the upcoming negotiations between the EU Parliament and the member states. /kw/rl