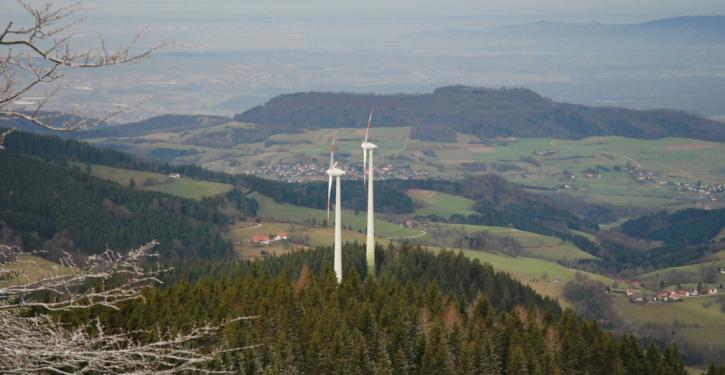 In future, the federal states will be allowed to decide for themselves whether to allow wind turbines in forests or closer to residential areas, as long as they meet the targets. (Image: Ministerium für Ernährung, Ländlichen Raum und Ernährung Baden-Württemberg.)
Berlin (energate) - The German government wants to accelerate the expansion of onshore wind energy and to do so, it wants to eliminate the distance regulations of the federal states. A package of laws provides for changes in planning and building law as well as in the Nature Conservation Act, as has become known from ministry circles. In this way, the federal government wants to impose binding area targets on the states in order to make 1.4 per cent of the federal territory avai ...