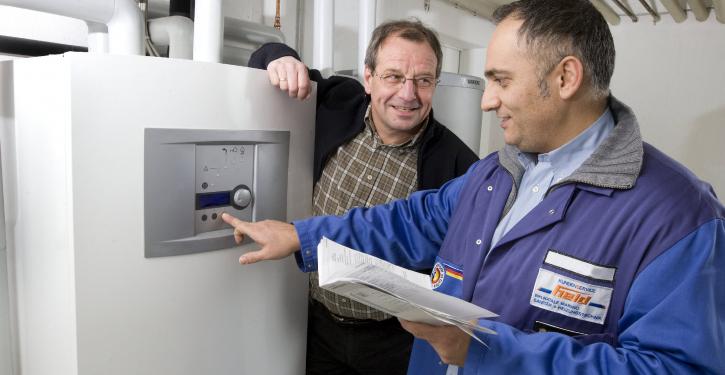 The necessary electricity grid capacity is often lacking for large-scale installation of heat pumps. (Image: Bundesverband Wärmepumpe)
Essen (energate) - For the housing company Vonovia, the electricity grid is a bottleneck in the electrification of the heat supply. Rolf Buch, CEO of Vonovia SE, made this clear at the "Handelsblatt 2022 Hydrogen Summit". 90 per cent of the applications submitted in 2021 for the installation of heat pumps have not yet been approved. The grid operators have not even responded to half of the applications. This is a big problem, according to Buch. Many grid operators are probably simply busy with staff, Buch assumed, but it also seems that some grid operators do not want heat pumps to be connected at all because the connection capacities are not available. "We cannot transport the large electricity demand for heating via the grids," he concludes.


Hydrogen as storage to relieve the grids


To relieve the strain on the electricity grids, Vonovia is thinking about using hydrogen on site as a storage option. The company has already implemented such a project in Bochum (energate reported). In contrast, the Vonovia CEO considers the widespread use of hydrogen in heat supply to be unrealistic. Of course, his company would like to see more investment security. Vonovia will still be using gas in the next few years. In some cases, gas heating systems would have to be renewed, which would then be in danger of becoming stranded assets in ten years' time. At the same time, Buch showed understanding for the policy of putting a stop to this. If the door is opened now to continue using the gas plants and convert to hydrogen later, no one in the industry will electrify the heat supply.


Hydrogen heating not the technology of choice


Regarding the debate on the dismantling of the gas infrastructure, which State Secretary Patrick Graichen had recently initiated (energate reported), his colleague Oliver Krischer once again made it clear that it was basically a matter of course. That today's gas network, in all its beauty, size and ramifications, will go along with the transformation into a hydrogen world will not come that way, the Parliamentary State Secretary of the Federal Ministry of Economics said at the event. It has to be seen which parts are needed and which are not. In peripheral locations, hydrogen heating will certainly not be the technology of choice. Therefore, it is up to the companies to weigh up investments and depreciation. Politics will not stimulate investments that cannot be earned back in the end, Krischer said. /tc