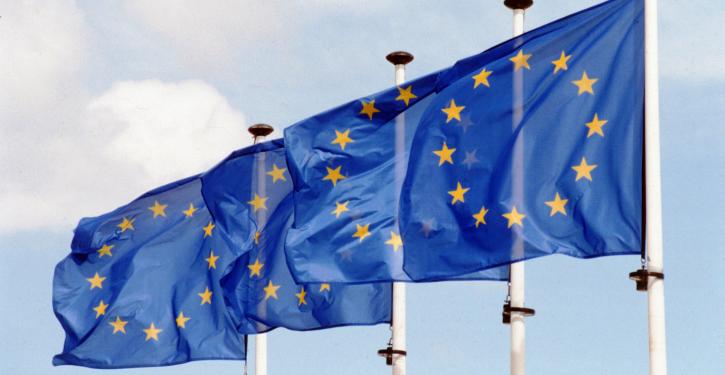 The EU transport ministers consider the EU Commission's planned targets for the construction of charging stations to be too ambitious. (Image: © European Union, 2014)
Luxembourg (energate) - The EU transport ministers are inhibiting on the expansion of e-charging stations and hydrogen filling stations. They want to water down a draft regulation of the EU Commission with numerous exceptions. The automotive industry, in the shape of the European Automobile Manufacturers Association, ACEA, is angry. The background to this is the EU regulation on alternative fuels infrastructure ("AFIR"), which in future will, among other things, give the EU member states guidelines on how far a charging station may be from the next one.

The EU Transport Ministers now unanimously adopted a compromise paper by the French Ecology Minister, Amélie de Montchalin, who chaired the EU Transport Council. It provides for amendments to the Commission proposal: According to this, for example, it should be allowed to build fewer charging stations in areas with low traffic volumes. ACEA criticises this: "The Council's position on AFIR simply does not guarantee the minimum infrastructure that car manufacturers need to be able to meet their CO2 targets," ACEA head Eric-Mark Huitemasaid. This discourages consumers from switching to alternative propulsion systems and hinders cross-border mobility. Originally, the AFIR regulation from 2021 was supposed to guarantee that alternatively powered road vehicles would have sufficient charging or refuelling facilities throughout the EU. Currently, for example, 70 per cent of all charging stations are located in four EU countries.


Greater distances in the hydrogen network


In particular, the ministers want to lower the requirements for trucks and propose, for example, greater distances between hydrogen filling stations. 200 instead of 150 kilometres. ACEA head Huitema points out that the introduction of such infrastructure targets for alternative fuels will influence the possible CO2 reductions. In addition, manufacturers must reduce the CO2 emissions of their fleets. The corresponding EU regulation from 2010, for example, stipulates a 15 per cent reduction in CO2 emissions for heavy trucks and buses by 2025 compared to 2019 - and a 30 per cent reduction for 2030. Plus, the EU Commission is even considering tightening these targets next year.

Germany agreed to the French compromise paper, although it was not completely satisfied with it. "We would have liked to see a more ambitious ramp-up of charging infrastructure targets for heavy-duty vehicles from 2025 onwards," Federal Transport Minister Volker Wissing (FDP) said. The Transport Committee of the EU Parliament, which is in charge of this dossier, has not yet taken a position on the Commission proposal. The plenary will vote on it in September. The rapporteur is the German MEP Ismail Ertug (SPD). /rl/dz