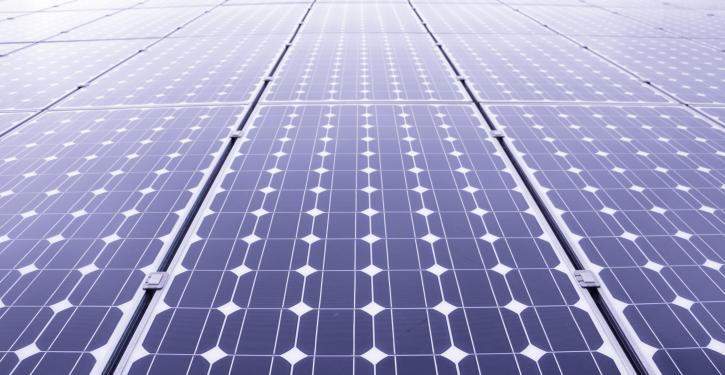 More than 1.1 million solar modules will be installed for the 650 MW solar park. (Image: E.ON SE)
Hamburg/Leipzig (energate) - The insurance group Signal Iduna and its financial subsidiary Hanseinvest Real Assets are investing in a 650 MW solar park on Lake Hainer near Leipzig. The acquisition, which is still subject to final planning permission, amounts to a "mid three-digit million euro sum", according to a statement from both companies, which describe the park as the largest in Europe. It will be implemented by Moveon Energy, a local company that will take over the management of the park and operate 45 MW in its own portfolio. Moveon will install more than 1.1 million solar modules on 500 hectares of the former open-cast lignite mine "Witznitz II" and on 150 hectares of adjacent compensation areas by spring 2023. The solar electricity generated will primarily benefit industrial and other large-scale consumers through long-term power purchase agreements (PPAs).

The decentralised power generation is also intended to promote local e-mobility. For example, fast-charging stations for cars and bicycles are planned next to the energy park. In addition, the project developer is testing parallel agricultural use below the solar module tables on a test area of five to ten hectares. The connection of the new solar park to the public power grid is particularly simple due to existing power lines in the immediate vicinity, the statement reads. Some of the electricity generated will also be used to produce green hydrogen. A solid hydrogen storage facility for the park's own electricity needs is therefore also being planned. /ne