New NDP Gas including LNG terminals will be two-stage 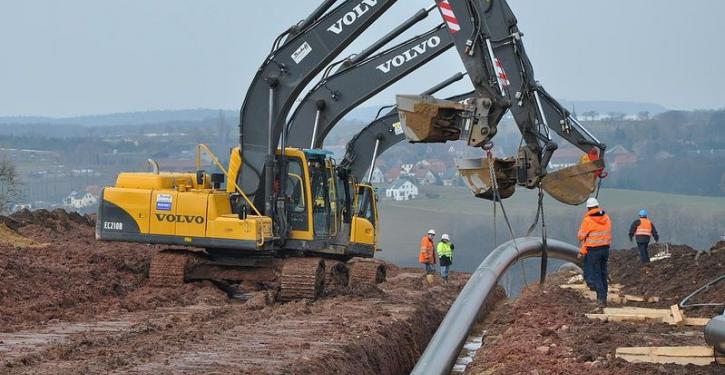 Gas flows have changed thoroughly, new pipelines may be necessary. (Image: ONTRAS)
Berlin (energate) - The FNB Gas plans to delay the publication of the consultation draft for the Network Development Plan (NEP) Gas 2022 - 2032 in two stages. This was explained by the Managing Director of the Association of Transmission System Operators (FNBs) FNB Gas, Inga Posch, at a press briefing. In the summer, if possible at the beginning of July, a first part is to be published, which contains, among other things, the modelling of the future hydrogen network. The second part with the modelling of the expansion requirements for the gas grids is then to be put out for consultation in autumn, if possible in October this year.

The draft NDP was originally planned for the beginning of May - in accordance with the requirements of the Federal Network Agency. The network operators were unable to meet this deadline due to current political and gas industry developments. Publication was postponed indefinitely. The planning must be adapted to the future supply of Germany via the newly planned LNG terminals. Since the location issue has only been clarified for two of the four planned floating storage and regasification units (FSRUs), the TSOs do not yet have the final planning basis.

The effects of the already increasing supply via the LNG terminals in the western neighbouring countries of Belgium, France and the Netherlands must also be taken into account. Since autumn last year, there has been a very strong reversal of the main flow direction from east-west to west-east. As a result, capacities at Germany's border crossing points are fully utilised, and bottlenecks exist in some places.


The changed current and future flow situation could also have repercussions on the planning of the hydrogen networks, Posch explained. Pipelines that TSOs thought could be reallocated for hydrogen transport may still be needed to transport natural gas for a while longer. But since the future supply and demand for hydrogen is unaffected by current developments, new pipelines for hydrogen might then have to be built. In addition to the TSOs, another 18 potential H2 network operators are also involved in the planning for the hydrogen network. /hl