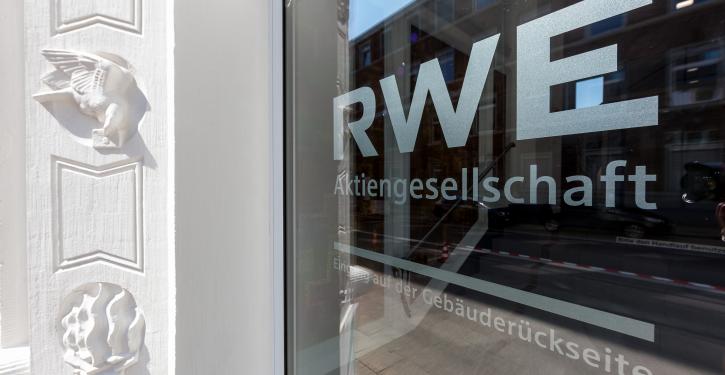 The takeover will cost RWE around 500 million euros. (Image: RWE AG)
Essen/Stockholm (energate) - RWE is taking over the "Magnum" gas-fired power plant in Eemshaven in the Dutch province of Groningen from Vattenfall. This was announced by both energy companies. The plant, which has been in operation since 2013, has an installed capacity of 1,400 MW and is located in the immediate vicinity of RWE's power plant in Eemshaven. This 1,560 MW plant is powered by hard coal and biomass. "RWE expects comprehensive advantages from the joint use of the local infrastructure," it says from Essen. RWE CEO Markus Krebber had announced at the end of 2021 that he would build new gas-fired power plants with a capacity of 2,000 MW and convert power plants with a capacity of 14,000 MW to "green", while also praising the Netherlands as an investment location for its regulatory environment (energate reported).

The transaction is expected to be completed by the end of September 2022. The agreed purchase price corresponds to an enterprise value of 500 million euros, RWE said. Another component of the transaction is a solar park with a capacity of 5.6 MW located on the site. RWE will take over the entire workforce of the Magnum power plant from Vattenfall. The transaction is still subject to the approval of Vattenfall's works council.


Magnum is already hydrogen-capable today, it was added. The plant could be technically converted to run proportionally on up to 30 per cent hydrogen. By the end of the decade, it would also be possible to switch completely to hydrogen as the sole fuel. "With the acquisition of the power plant in Eemshaven, we are strengthening our Eemshydrogen project cluster. At this location, we want to drive forward the production of low-cost hydrogen in large quantities," said Sopna Sury, COO Hydrogen of RWE Generation SE. For example, RWE is planning to build electrolysers with a total capacity of 600 MW as part of the tender for the Hollandse Kust West VII offshore wind farm.


The immediate proximity to the Dutch North Sea and the surrounding former natural gas fields also makes it possible to use CO2 capture and storage technologies for the two RWE power plants in the future. The Eemshaven site could thus be operated not only CO2-neutrally, but even CO2-negatively. "In order to be able to implement this project technically, politically and economically, we also need the support of the Dutch government," the group emphasised. In the port of Eemshaven, in the immediate vicinity of Magnum, a new heat customer could also be waiting. There, the Dutch gas supplier Gasunie is developing LNG terminals that could be supplied with heat via the RWE power plant. /df