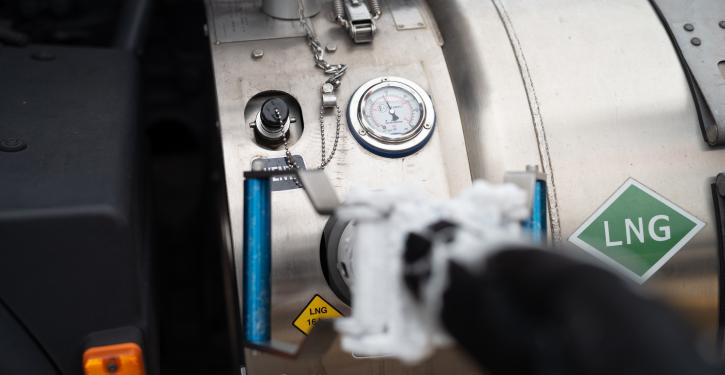 In March 2022 alone, 14,000 tonnes of LNG were refuelled, the same amount as in the whole of 2019. (Image: Zukunft Gas/Jonas Friedrich)
Berlin (energate) - Sales of liquefied natural gas (LNG) at German filling stations have increased. It amounted to more than 130,000 tonnes in 2021 - compared to 47,985 tonnes in the previous year, the industry initiative Zukunft Gas announced. The use of LNG in heavy goods transport thus saved more than 100,000 tonnes of CO2 equivalent last year. And the trend towards rising sales figures has continued this year, Zukunft Gas added. In March alone, 14,000 tonnes were refuelled, ...