Price for domestic hydrogen could drop to 5 euros in 2025 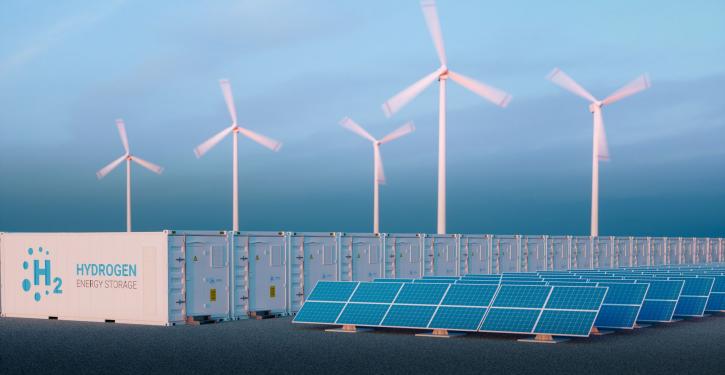 According to Aurora Energy Research, the price of green hydrogen from Germany will soon fall. (Image: Fotolia/Malp)
Oxford (energate) - The price of green hydrogen produced in Germany could drop to around 5 euros per kilogramme by 2025 - and even to less than 3 euros by 2050. This is the forecast of Hanns Koenig, Head of Commissioned Projects Central Europe at the British consultancy Aurora Energy Research. Koenig has analysed different combinations of green power plants and electrolysers, the analysis is available to energate. Currently, the price for green hydrogen produced in Germany is 9.16 euros/kilogram.

At a price level of more than 5 euros/kilogram, such combined plants are more profitable than wind or PV parks without an electrolyser that feed in at market prices, according to Aurora Energy Research. The most profitable is a combination of wind and PV plant and electrolyser. But the production of green hydrogen via PPAs can also achieve comparably low price levels. One prerequisite is that the electrolyser is built close to the consumers - this lowers the transport costs.

Depending on the scenario, the demand for green hydrogen in German industrial plants could be 127 or even 307 billion kWh in 2050. The German government's target of 10,000 MW of electrolysis capacity by 2030 would also be achieved, Koenig continues. Currently, projects with a total volume of 21,000 MW are planned or already implemented. /dz