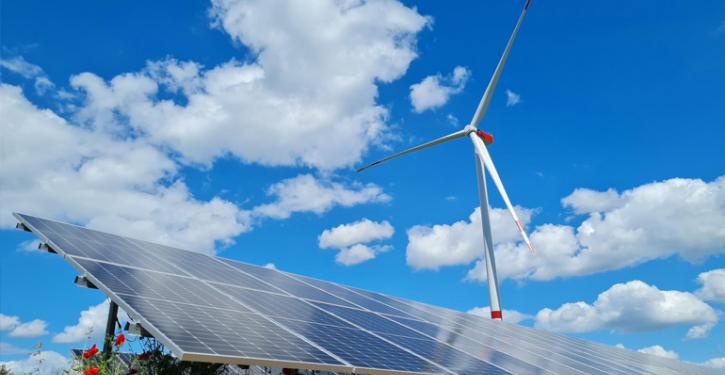 Abo Wind is a project developer specialising in renewable energies and is now focusing on hydrogen. (Image: Abo Wind AG)
Berlin (energate) - The project developer Abo Wind, which specialises in renewable energies, will becomea foundation member of "H2Global". The initiative, which is funded by the Federal Ministry of Economics and Climate Protection (BMWK) with almost one billion euros, is intended to promote the market ramp-up of green hydrogen. "To completely decarbonise industrial production, Germany needs additional green hydrogen from other countries," said Abo Wind board member Karsten Schlageter. In addition to the accelerated expansion of wind and solar power in Germany and Europe, which Abo Wind has been driving for more than a quarter of a century, the import of green hydrogen and its derivatives is crucial, he said. "Reliable framework conditions are needed for the rapid market ramp-up of green hydrogen. That is why the idea behind the H2Global funding programme is so significant for building a sustainable global hydrogen economy," Schlageter said.

The way to achieve this is through subsidies from the BMWK, whereby an intermediary auctions green hydrogen and its derivatives at the lowest possible price and then sells it in Germany and Europe to the highest bidder. The negative difference amount that is likely to arise is compensated by the BMWK subsidy. Members of H2Global include Siemens Energy Global, Thyssenkrupp and Deutsche Bank. /df