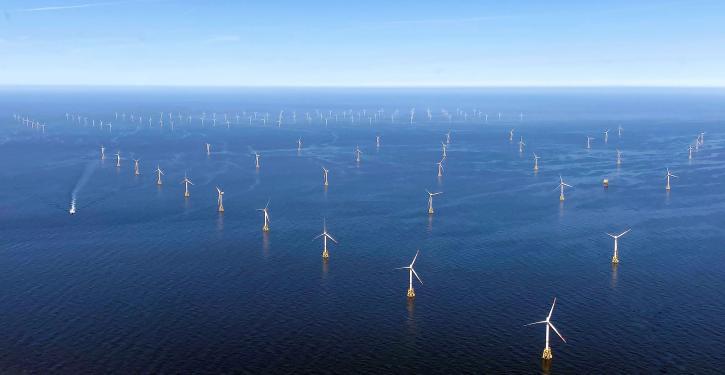 In June, a US delegation will travel to the wind farm near Helgoland, among other places, at the invitation of the Ministry of Economics. (Image: RWE AG)
Berlin (energate) - Germany and the USA have concluded a joint declaration on a climate and energy partnership. Federal Minister of Economics Robert Habeck (Greens) and Foreign Minister Annalena Baerbock (Greens) signed the declaration with the US Special Envoy for Climate, John Kerry, and US Secretary of Energy David Turk on the sidelines of the meeting of the G7 Climate, Energy and Environment Ministers in Berlin. The two countries want to intensify cooperation in the field of energy and climate, focusing on three main areas: the acceleration of climate protection measures, the development and application of technologies to accelerate the energy transition, and the promotion of ambitious climate policies and energy security in third countries.

Specifically, this involves cooperation in the areas of offshore wind, hydrogen and zero-emission vehicles, as Economics Minister Habeck emphasised at the signing press conference. Developing and emerging countries are to be supported in the energy transition. The partnership was already launched in July 2021 by then German Chancellor Angela Merkel and US President Joe Biden. "Within the international community, many definite partnerships are needed," Habeck said. The G7 meeting had once again made clear what was actually at stake, namely "radical climate protection".


John Kerry emphasised, among other things, the economic opportunities and advantages for countries that move forward together on the energy transition. "It is the biggest market the world has ever seen," Kerry said. "We live in a disruptive time where partnerships are all the more important," Jennifer Morgan, Climate Secretary at the State Department, added. It is about accelerating the global energy transition, she said. Cooperation is to take place in joint working groups, which have already been set up. /ck