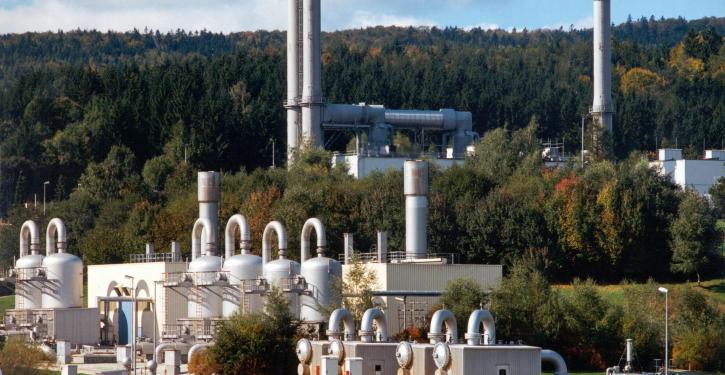 Less gas is currently arriving in Waidhaus. (Image: Eon GT)
Bonn (energate) - One day after the new Russian sanctions against Gazprom Germania, the supply situation is still stable. Volumes missing via the Ukraine transit continue to be compensated for by higher flows, especially from Norway and the Netherlands, the Federal Network Agency informs in its current situation report. The missing gas volumes are currently being procured "in full" on the European gas market in order to meet delivery obligations to customers. On the previous day, sanctions were imposed on the two distribution companies and Gazprom-Germania subsidiaries Wingas and WIEH, which supply gas to distributors and industrial customers.

At the entry point on the German-Czech border in Waidhaus, however, imports declined. At 0.34 TWh, imports are below the previous day's figure of 0.41 TWh. The decrease in gas flows is probably only partly due to the reduction of the Ukrainian transit, the report says. The other part is probably due to the fact that traders avoid procuring gas via Waidhaus because of the risk of default. Higher flows are currently expected again for the next day (14 May). "The Federal Network Agency is closely monitoring possible effects of the reduction of gas transit via Ukraine and the current Russian sanctions against Gazprom Germania," the agency assures.

No more gas comes via Poland (entry point Mallnow) due to the Russian sanctions, which also affect the operator of the Yamal pipeline, but in recent weeks hardly any gas has been transported via this route anyway. Imports in Greifswald via Nord Stream 1 remained stable at 1.75 TWh, after 1.76 TWh the previous day. Natural gas is also still being stored, although the current data are only shown here with a two-day delay. On 11 May, the filling level of German gas storage facilities was 39.34 per cent (93.75 TWh). /mt