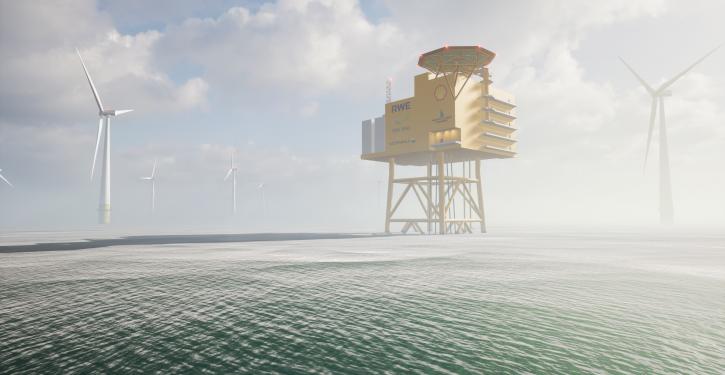 Offshore electrolysis with pipeline connection emerges as the best approach. According to the study, a pipeline for hydrogen produced offshore can be realised up to five and a half years faster than submarine cable connections for offshore electricity, which is only used onshore for electrolysis. The energy development of remote areas in the offshore zone could thus be accelerated considerably. In addition, up to 6 billion euros less would have to be invested, which would lower the production costs for green hydrogen.

The report also says that from a licensing perspective and with a focus on environmental protection, 610 kilometres of pipeline compared to 3,720 kilometres of high-voltage lines and the location of electrolysis on the high seas would also mean significant advantages in terms of environmental impact, including in the particularly sensitive ecosystem of the mud flats (Wattenmeer). The option of transport by ship had proved to be hardly feasible simply because of the more than 100 ships that would be needed.


Jörg Singer, chairman of the association and mayor of Helgoland, commented on the results of the study: "What is needed now is a clear political commitment to offshore electrolysis on the high seas in order to make its potential usable." He says that the continuation of the National Hydrogen Strategy offers the opportunity to set a clear roadmap for the expansion and to establish the necessary trust, adding that in concrete terms, there is also a need to define further energy production areas within the framework of the land development plan. He says that state support for the ramp-up of the technology to competitiveness must also be designed as quickly as possible. /df